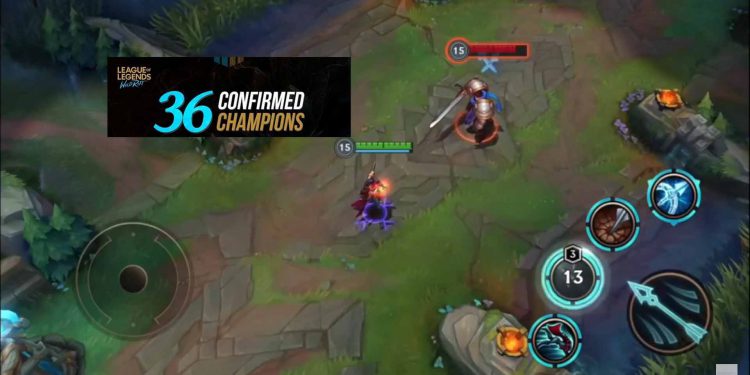 This is definitely good news for League of Legends fans when we have waited too long to be ready to touch, face to face the most long-awaited super product of Riot Games from the 10th birthday year

In particular, information about the champions who are about to appear in the test version of the upcoming League of Legends Wild Rift has been revealed by Riot.

Of the 148 champions present in League of Legends, there will be a total of 36 lucky champions selected to “unlock” in the Mobile version. Most of these champions appear in the brand trailers released by Riot recently.

We had previously reported that League of Legends will have up to 41 champions in the release version, based on trailers or small information gathered.

But maybe Riot Games doesn’t want us to be overwhelmed, so we have temporarily removed 5 champion for the following updates:

Accordingly, Cassiopeia, Darius, Diana, Draven, Jax, Riven, will not be present in this test, instead, we will have a new face, Varus.

Anyway, the iconic champions of League of Legends like Ezreal, Lux to national faces like Zed and Yasuo still have a presence. With 36 champions, the Wild Rift community can easily experience all the great flavours like playing League of Legends PC version…