Wild Rift: Wukong Is Coming As The 41st Champion 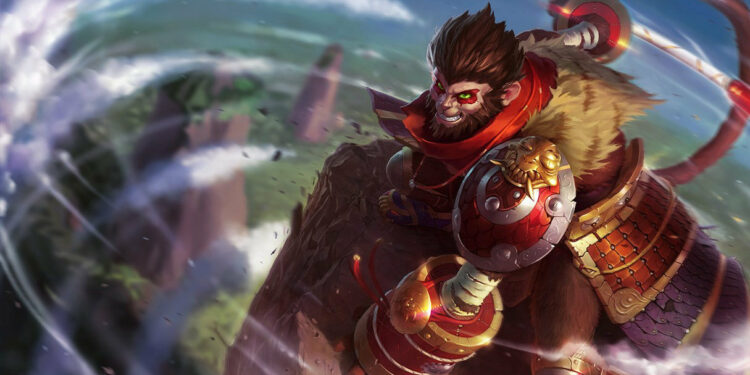 Wukong will be the upcoming League of Legends’ champion that is coming to Wild Rift.

A few hours ago, League of Legends: Wild Rift just released Wukong Champion Overview | Gameplay for League of Legends: Wild Rift. Basically, the whole ability kit of Wukong will remain mostly the same similar to the PC League version to help players get used to him easier. However, there are be some minor changes that heavily impact his game style.

Firstly, Wukong’s Passive will be completely changed. With the new name Crushing Blows, the longer he deals damage, the bigger the amount is going to increase. While in PC League, his Passive grants him decent regeneration.

His second skill, Q – Golden Staff will give him bonus range and provide healling.

His W – Warrior Trickster is similar to the PC League. Allow him to create outplays and also evade in hard situations.

His E – Nimbus Strike deals AOE damage and seems like it increases his Attack Speed.

Finally, his Ultimate – Cyclone still maintains the same characteristic and this is also why the community loves Wukong. When casted, Wukong spins around, knocks up all enemies that hit. After a short period, he can recast his Ultimate to spin once again.

With these 2 adjustments for his Passive and Q, Wukong will be a nightmare in the early laning stage due to his non-stop increasing damage just from auto attacking. His W and E now will provide him enough mobility to chase his opponents down.

This also means that instead of a Wukong that is a bruiser and utilizes Conqueror, he officially becomes an Assassin in Wild Rift. Instead of farming safely and use your Ultimate wisely to maximize his potential, mobile players can simply use him to ramp on any lonesome enemies to finish them off. He will be a promising choice for any player that is looking for a dominant top lane type of champion.