Wild Rift will be divided into six champions class LoL. 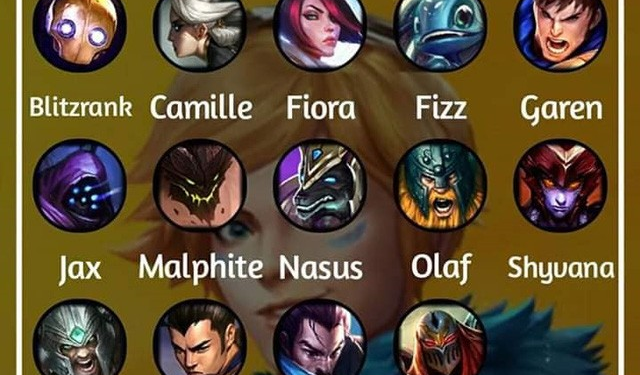 Currently, information about League of Legends: Wild Rift is increasingly appearing on social networks, especially among them is the number of champions that will appear in LoL: Wild Rift in the near future.

Most likely, there will be 40 to 41 champions appearing in the first version of League of Legends: Wild Rift in the near future. Currently, it is still not certain when Riot Games will release a test version for this game.

Tank: This is definitely one of the indispensable champions in League of Legends: Wild Rift because this is the type of champions that shield all damage to the team. Someone who always takes on the task of rushing forward to open the teamfight and shield for the ADC and the AP behind. With this class of champions, gamers will have champions like Garen, Alistar, Gragas, Braum …

Marksman: This is one of the classes that will take on the main damage task for the entire team. Must farm well, move reasonably, especially must always stick with the tanker or support to promote their mission. Because if not, with a thin health like paper and some champions are not capable of maneuver, the Marksman is always a volatile object.

Assassin: This is a class also has high damage and of course, inversely proportional to the amount of his blood. Usually, the assassin class will have quite good maneuverability, which plays the role of finishing the opponent. However, if this champion class falls into the hands of a feeder, it will be an obsession of his own teammates. If you don’t believe, ask Yasuo and you’ll know right away?

Mage: Also a champion class capable of “shock dame” and is always known in midlane. A position of great importance in any squad, because magic damage is always a kind of damage that can make a huge surge in any MOBA game and as well as League of Legends

Fighter: One of the most crowded champions in the game with the ability to balance attack and defense and is also an important position in LoL and LoL: Wild Rift in the future.

Support: An extremely important position, the third eye of the Marksman as well as the entire team. Support to move reasonably, check the map, plug in the Wards … generally to ensure maximum safety for the Marksman, even to receive the task of sacrifice in the case of mandatory safety for the team.

More: Many interesting facts about Ezreal you didn’t know.