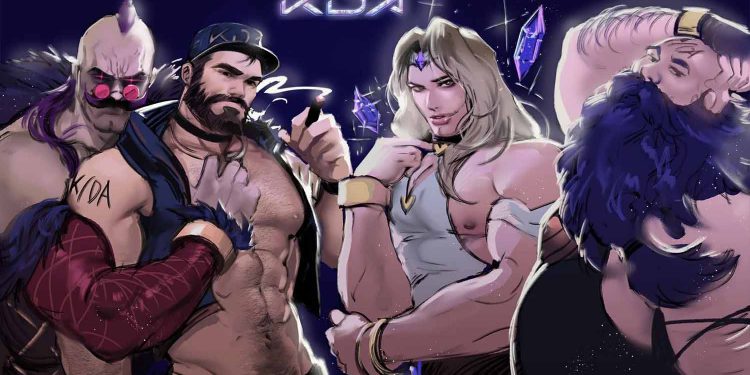 After the success of the K / DA, League of Legends music products are proving themselves to be the true ‘gold mine’ for Riot to exploit – Boyband LoL

On November 3, 2018, K / DA’s Popstar MV was suddenly released by Riot Games, creating a real craze for the League of Legends community. So after a year, the group True Damage also appeared in a similar way, a little different in the music style that changed from Kpop to Hiphop.

This music skin is really a great success of Riot Games when not only costume sales, it also confirms Riot’s excellent cinematic video quality. So this year, it is likely that Riot will continue to launch a new band, new skins. The community is really looking forward to it, even there are “conspiracy theories” about the members of this new band.

Faker Crush: There is glory but not the love of Crush

If Riot really creates a boyband, what champs will be in it?

There is a popular theory that Riot will create a boyband. (like K/DA but with men)

I think Aphelios and Sett are obvious choices. If they create a boyband, then it will probably be kpop “pretty boy” style and both of those champs seem to fit. There should be at least other two members in my opinion. Who do you think are the best candidates?

The most common prediction lies in the ability of a boyband, owning the “handsome” champions of League of Legends. This stems from the fact that the two latest champions of League of Legends, Aphelios and Sett, are both designed in this direction. Aphelios is designed in a mysterious way with long hair, heavy makeup, Sett is extremely cool with his “The Boss” design.

In the old names, Ezreal is probably the most suitable champion for this band, even in the champion’s image and storyline, he also focuses heavily on handsome elements.

Anyway, this just stopped at “conspiracy theory” or speculation of the community only, the final decision is still Riot Games. What do you think about the boyband of League of Legends? Please leave your comments in the comment section.