Will the next Champion Darkin of League of Legends be the representative for Famine ? 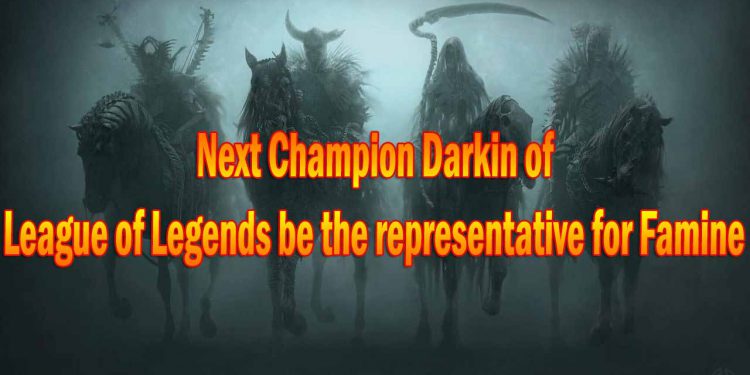 If you pay attention to the details, Riot Games designed the image of the Darkin champions based on the image of Four Horsemen of the Apocalypse.

If you are a habit of paying attention to the smallest details that Riot Games released, surely you will easily realize that the Darkin champions are designed based on the image of Four Horsemen of the Apocalypse in Book of Revelation.

Although there are many different versions of the Four Horsemen of the Apocalypse, they are essentially symbols of War, Death, Pestilence, and Famine. Now, let’s take a look at the Darkin champions we all know!

This is easy. Aatrox carries a massive sword and constantly wants to fight so that someday, his miserable eternal cursed life may end.

Rhaast carries a scythe, the main tool of choice for the Grim Reaper in most depictions. Rhaast constantly fantasizes about killing and such, and Kayn’s title is “The Shadow Reaper”, making me conclude that Rhaast represents death.

Therefore, Kayn is the most appropriate name to represent Death.

Varus, while not really showing it with his voice lines because he’s outdated, has a kit that focuses on applying Blight to targets to deal extra damage. Blight is defined as both “a plant disease” and “something that spoils or damages”, something that the embodiment of pestilence would spread.

Varus’s W – E – R skills emphasize the ability of a to infect and spread. So, this is the typical candidate for the title of Pestilence.

As such, only Famine has no representative in the LoL universe. With the tendency to always bring a special mechanism, creating an unforgettable highlight for new champions, surely this Darkin will have to own a special death mechanism.

What if this champion possessed a mechanism to infuse a spell that could cause enemies to damage each other? Call this champion is Famine, and this champion will look like Lissandra, Vladimir.

Upon activating the skill, Famine will release a spell that deals with large area damage, dealing 150/250/350 magic damage to enemies on the edge and dealing 30% of the skill’s base damage. (+ 55% AP) (+ 10/15/20% of enemy maximum health) for 15 seconds and apply Famine on enemies in the centre during that time.

If you think the skills of the new champion should be like?