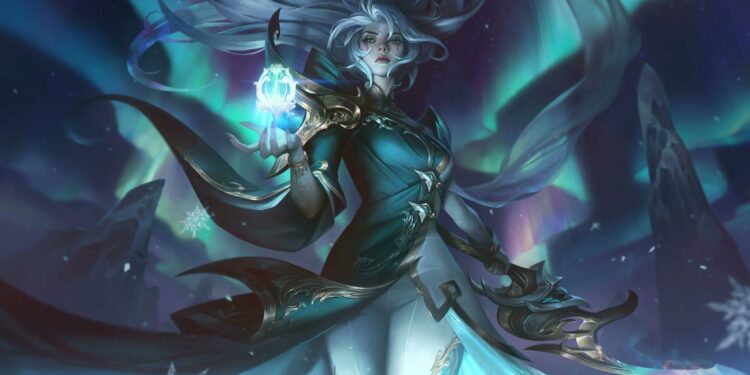 In preparation for the winter season, the League of Legends developers are introducing some festive touches to the game in the upcoming League patch 12.23

League of Legends players have recently been looking forward to seeing Summoner’s Rift blanketed in snow, with Christmas and holiday-themed elements sprinkled around the 5vs5 arena. Even Baron Nashor got into the Christmas spirit by donning a lovely Santa hat, but that hasn’t occurred in years, and this year is no exception, and fans are missing the event’s anticipation.

However, players can still appreciate the Winter Rift in a different and more expensive way.

On November 15, seven Winterblessed skins were revealed, one of which was for Diana as a Legendary skin. And what make this skin different form others is that Diana’s new skin has a special effect across the whole map when she gets a Pentakill, according to Riot Games VFX artist Sirhaian.

When the Scorn of the Moon achieves a pentakill, the map becomes white and an aurora emerges above her head. Everyone witnesses this one-of-a-kind effect as Summoner’s Rift is temporarily turned into Winter Rift.

A blue aurora is visible over the mid-lane in the footage uploaded by the developer as the Rift goes from green to gray and chilly. However, this impact lasts around 15 seconds.

This isn’t the only new feature in Diana’s new Winterblessed skin. When she damages at least two enemies with her Moonfall, the champion will also visually shift (R). Diana’s attacks and abilities have a purple hue when she transforms.

It’s incredible that Winterblessed Diana has so many new features, with the Pentakill effect being one of the game’s most unique. According to Riot’s official patch schedule, the skin will be available on the Rift with Patch 12.23, which is set to go live on December 7.