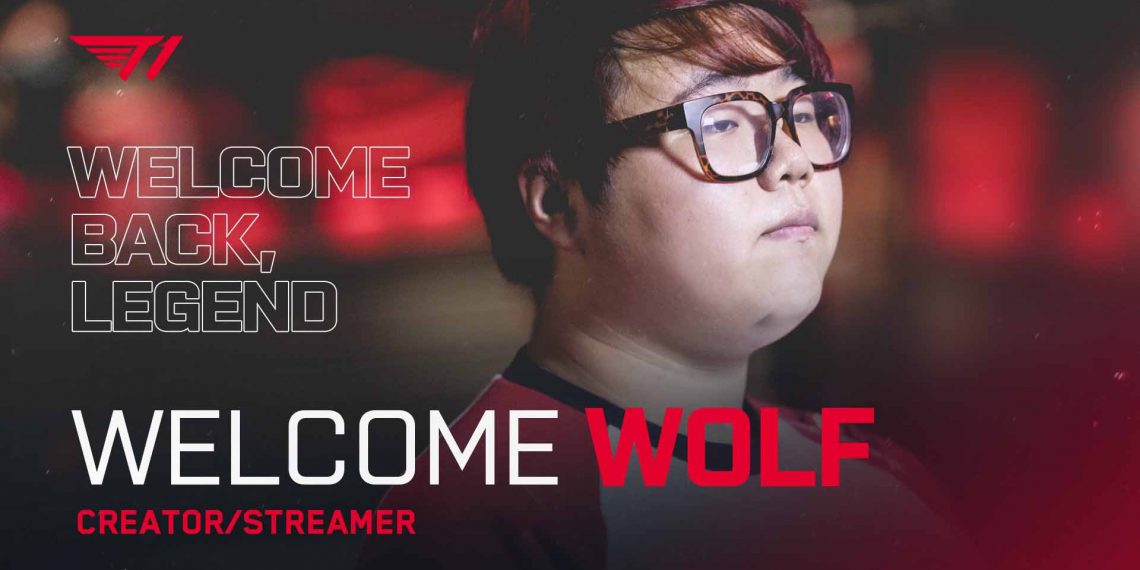 Wolf Comeback T1 – The former Wolf player finally fulfilled his dream of returning to T1 once more, but with a completely new role.

Recently, a series of T1 media has posted official information about the return of a legend – Lee “Wolf” Jae-wan, as a streamer/creator of the KoLs team of this Esports organization…

After saying goodbye to the professional arena earlier in the season, Wolf emerged as a Creator and a gaming streamer, and his main content was still about T1 and his passion for coffee. Old teammates, as well as attracting the audience by the comment, analyze the game in depth.

If Bang has a dream of returning to play for T1 in the future, then this former Supporter will even realize that dream right now.

Before the official announcement was made, the T1 Board also knew how to test the patience of the fans by disclosing some information, firstly the spam wolf icon on Twitter, and then it was the turn of Joe Marsh to cover Wolf.

With Wolf returning to T1, fans continue to have the opportunity to witness the trash talk times between Faker and Wolf – The two friends who together with Bang created the atomic trio of the invincible SKT squad in the past.