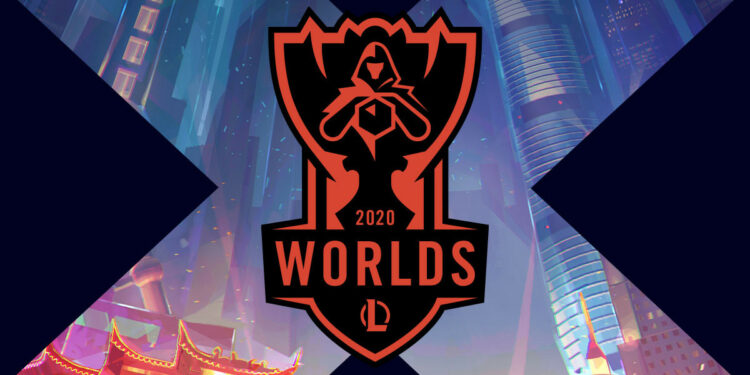 As planned, Worlds 2020 will be held on September 25th with the participation of only 22 teams. Although 2020 is not a great year, organizers of Worlds still decide to keep the biggest event of League of Legend on stage. However, due to the COVID19 pandemic, this year Championship will lack many regular things:

For any kind of sports and particularly E-Sport, cheerings from audiences are always important. The enthusiasm of the audience, the applause with the cheering, praising from every stand give players more confidence and excitement in every match. Fan of League of Legends are crowded and they always have their own ways to show their love to their favorite team.

However, 2020 is really a turbulent year for the world in general, and for E-sport in particular. Because of the pandemic, all activities have been canceled or postponed, some Tournaments have to be held online, teams must stay home to compete. Although Worlds are still held, every match must be played without an audience. This is bad news that Riot Games and every team must accept. There will be no more cheers, no applause, and no funny signs. All we can do is watching through the screens of the TV, Laptop, PC, or mobile phone.

Despite the fact that Faker was the main character in the newly released video Take Over (read more here), he has to stay home to watch his colleagues compete. The reason is his bad performance recently, due to the rise of younger talents, but we can not deny the fact that the level of Faker in every circumstance is really rare between League of Legends players. However, T1‘s loss 0-3 against GenG showed the weakness of the Champion of LCK Spring, T1 was eliminated from the group stage and must stay home to watch Worlds 2020.

Faker and his teammate tried so hard but still lose badly 0-3 against GenG with the excellent performance of Ruler. This year can be considered the worst year of Faker in particular and T1 in general in their professional playing career.

The regretful absence of Cloud9

After Sneaky left, many people believe that C9 will lose themselves and remain just ‘a name’ in LCS. However, with the replacement of Zven and Vulcan on Bot Lane, C9 made a miracle in the Spring Group stage, topple the monopoly of Team Liquid and deserve the Championship. In summer, they performed impressively in the group stage but in later matches, C9 showed their weakness which leads to their loss of the ticket to Worlds 2020.

In recent years, LPL has been considered as the gathering place of the strongest League of Legends teams in the world. The fast development of Chinese teams makes experts comment that the Championship could belong to LPL‘s team again. Young talented players rise continually and rejections are inevitable, iG and FPX are no exceptions.

Jackeylove left behind a big hole for iG, which Puff can not fit in. In addition to the erratic ups and downs of Baolan, Ning and especially Top Lane star TheShy makes iG lose themselves against Suning or LGD.

FPX is even worse, the Champion of Worlds 2019 was completely underdogs in the domestic league. Although they keep their formation in Worlds 2019 and Doinb are playing well, Tian and Lwx have many health problems and Khan can not cooperate completely with the team. All of these stopped FPX on the road to Worlds 2020.