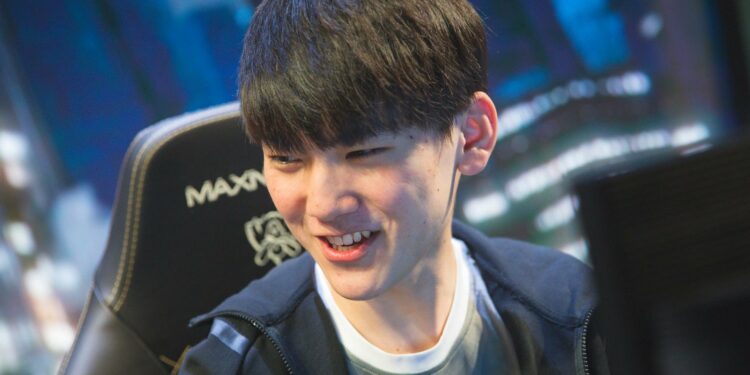 For Worlds 2020’s statistics, JackeyLove and Wunder are the 2 stars leading each leaderboard.

Recently, on LOL Esports Stats created by Riot Games has published some interesting statistics about competitive players that are going to attend Worlds 2020.

According to the ranking board, Hyper-Carry Marksman JackeyLove from Top Esports (TES) is one of the best Marksman in the world. He has 87.5% games that he is the highest damage dealer in the team, he is also even the only LPL player who gets into this list.

This list stated: “% of games with a Damage Lead (DMG/M-D > 0) last split. Worlds 2020 participants with at least 10 games played, Supports excluded.” Besides from JackeyLove, the other 2 worth-mentioning players are V3 Bugi and DWG Nuguri.

This hasn’t been a great surprise since JackeyLove always performed great lately. Not only he has high CS-kills and good net worth, but his contribution to team fights is also incredible. By having JackeyLove, TES is a really strong competitor this year.

G2 Esports lost their final match against FPX, but this year FPX is not able to come to Worlds 2020. It is time for Wunder and his team to claim back their glorious moments. This list stated: “% of games with a CS [email protected] ([email protected] > 0) last split. Worlds 2020 participants with at least 10 games played, Supports excluded.”

Wunder is leading the pack with 85.7% of his matches he always has the amount of CS higher than his opponents at 15 minutes mark. As a top lane player, CS Leading is something extremely important to determine the whole flow of a League of Legends match. Not only he is impressive, but LoL Esports Stats also shares that he is currently having a 15 game streak of positive CS Lead.

By farming so well, even though Wunder has to play a tank champion, anyone who dares to play aggressive champions such as Fiora, Irelia, or Darius has to think twice or be extra careful to stop him from farming. Otherwise, his contribution to team fights will be more significant than them. The other 2 worth-mention are RulereluR and Topoon5.

Despite G2’s lacking stability in the Group Stage of Summer LEC, Wunder is the star who carries them to Victory. He is a monster top laner and an immense predator of G2.

Who do you think will shine in Worlds 2020? Comment down below for us to know.