Worlds 2020: DWG Nuguri May Choose Kennen As His Team Skin If He Wins 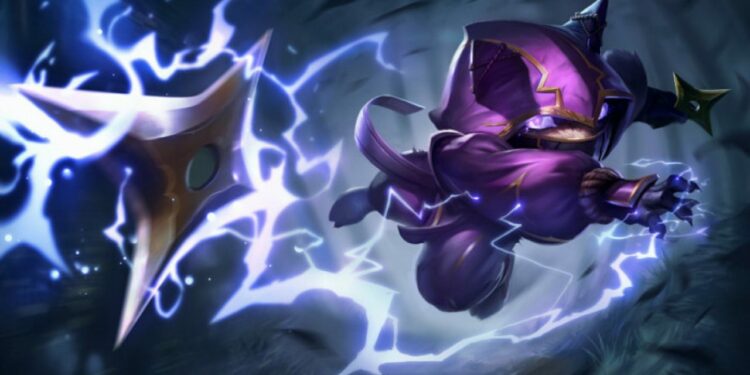 This time at Worlds 2020, Nuguri is the only player who uses Kennen.

Kennen has always been considered a decent pick on the top lane with the advantages of having ranged-attack, evadable abilities. He always has a slight advantage against melee top champions. Not to mention, Kennen’s Ultimate – Slicing Maelstrom is one of the strongest ultimates for big, 5v5 team fights with the amount of damage and crowd control it provides. By using Teleport effectively, Kennen can totally decide the fate of a whole match.

Despite how strong he is, Kennen is only chosen 3 times during Worlds 2020, the biggest tournament in League of Legends. The interesting thing is: he is chosen by Nuguri 3 times, every other professional player decides to bypass this champion. In a recent interview, Nuguri stated that he was thinking about choosing Kennen for his team skin if DAMWON Gaming defeats Suning in the Finals.

Travis Gafford – Independent content creator and interviewer asked Nuguri: “Nuguri, if you win, what skin will you choose?”

DWG Nuguri: “So, if i think about that it’s kind of a dilemma. You know, we have to win in order to even think about that. So I haven’t really thought deep into it but i’ve thought about it just a little bit. Since my name is Nuguri which means Racoon, i’ve kind of imagined it would be cute to have Kennen as my pick. Which i’m a little embarrassed about but overall, this year, i don’t think i have a signature champion for myself. So, for now, i’m more drawn to Kennen. I might change my mind then and there if we get to that point. But for now, i would say i would pick Kennen.”

If Kennen actually receives Championship Team Skin, this is the first time he gets one. Of course, f Nuguri wants to choose Kennen he has to beat Suning at the Finals. This is not an easy task because of Suning’s peak performance recently, especially after they defeated TES – which is the 1st seed of LPL.