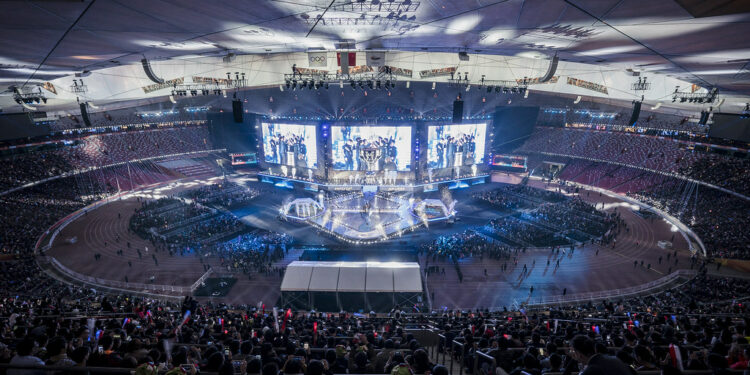 In early August, the 2020 League of Legends World Championship (Worlds 2020) has been announced to begin on 25 September, with the entire tournament to be hosted in Shanghai. The tournament will conclude on 31 October.

Originally, as with previous Worlds events, Riot had intended to travel to various cities in China for their separate stages for the tournament. As a result of the ongoing pandemic, the tournament was completely moved to Shanghai as an extra safety precaution. The Finals match will take place in the newly constructed Pudong Soccer Stadium.

The Tencent Esports Conference finally announced today the official Worlds 2020 schedule, however, the details of whether or not the teams will compete online, as well as the specific venue, have not yet been released.

According to the report, the event would have an audience if having local guidelines permission. This will rely on the pandemic situation, with ticket information and protection precautions to be released at the later date.

In the next two World Championships, Riot has also adjusted its plans. The event will return to China for the regular multi-city tour in 2021, with the 2022 iteration being organized in North America.