Worlds 2020 Song Can Possibly be the Unknown Song in the Chinese League Client? 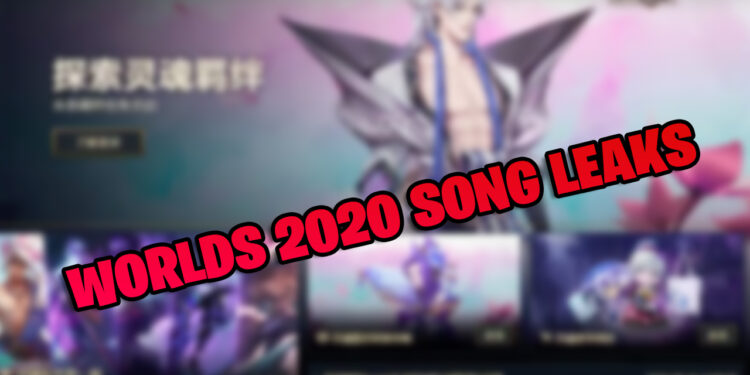 League of Legends fans started to notice about a mysterious song in LoL Chinese client today. According to LPL journalist Ran, the new track is expected to be on autoplay for all summoners who log in to the Chinese client at the moment.

The lyrics, which gives hint about a fight and feels very similar to previous World Championship songs, such as “Rise,” “Phoenix,” and “Awaken.”

It is still unclear if this is the official song for 2020 Worlds, however, yesterday some rumors have suggested that Seraphine might be the next potential League champion. Based on Streamie’s leaks, Seraphine could be a mid-lane music mage and may be a part of the next League music group, such as KDA or True Damage.

There was already a song on Seraphine profile with the same voices as the one noticed in the Chinese client today. It should be notice that the suspected champion – Seraphine has already had her own SoundCloud page. So it could be either one Riot’s mistake by releasing the song in the League client or probably, a teaser for Seraphine, the potential future champion.