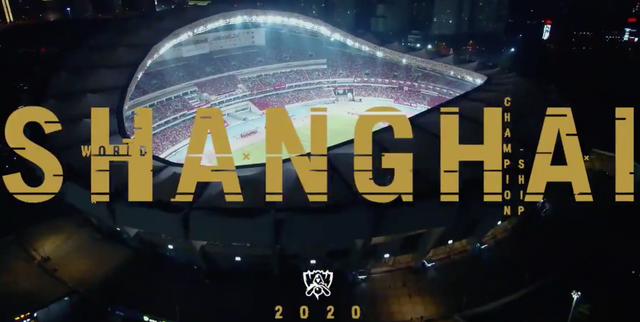 After MSI was canceled, Worlds 2020 (in theory) is the only major international LoL tournament this year.

Recently, China’s Scoregg news site suddenly shared a cut of a message that the recipient was said to be Vici Gaming’s player, Leyan. The anonymous sender revealed to Leyan that the World Championship taking place in 2021 will be held in China.

The text message that Leyan received: “Season 11 will take place in China. I mean… the 2021 World Championship will be held in China”.

It is common sense to understand that the next year’s World Championship (2021) will continue to be held in this billion-dollar nation. However, with the 2nd complicated wave of COVID-19 in China, some people believe that the “World Championship taking place in 2021” above is the 2020 World Championship will be postponed until early 2021. However, this idea seems ridiculous, but in the current context, the probability of occurrence is not small.

Have when they delayed the Season 10 World Championship until the season 11?

Maybe not, in Riot’s previous post, they said that next year Worlds will be held in the US.

If this is true, the only reasonable hypothesis is that Worlds Season 10 will not be held until next year. We will have another major online tournament this year (there may be titles or trophies but the competition will be lower).

Another Mid-Season Cup is about to be held?

Looking at other titles such as DOTA2, The International Season 10 has been postponed until 2021 due to the pandemic. So in the case of League of Legends Worlds 2020 also apply the same way, gamers will not too surprised.

The domestic tournaments can be played online but with big events like Worlds or TI, the online organization is impossible. If they organized on time but the disease has not been completely controlled, it will be worse since it will definitely risk the health and life of the audience, players and many others, thus, the safe solution is to postpone the schedule until 2021.

All of the above, basically, still stopped at the level of rumors or “conspiracy theory” only. Right now, all we can do is waiting for Riot Games to make an official announcement that can be assured.