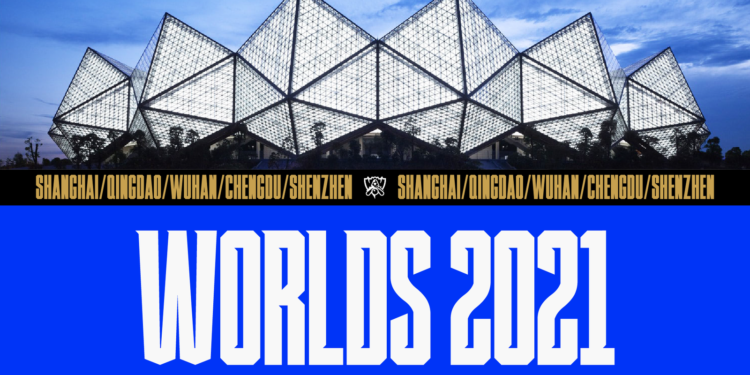 The League of Legends Worlds 2021 Championship was set to take place in China for the second year in a row. A multi-city tour with five separate sites had been planned, beginning with Shanghai in the opening stages of the event and ending with Shenzhen in the finals.

However, in order to accommodate as many teams as possible amid the continuing COVID-19 epidemic, Riot was forced to make the difficult choice to relocate Worlds 2021 from China to Europe.

“We figured 2020 would be the hardest Worlds we ever had to produce,” Riot’s head of esports John Needham said on Aug. 24. “With vaccines being distributed worldwide this year, we anticipated a return to some sort of normal in 2021. Well, unfortunately, this hasn’t been the case. With the Delta variant, travel restrictions and COVID protocols have been even more complicated to navigate in 2021 than they were in 2020.”

With China out of the question, Europe was the next best option for the end-of-year event. “After considering all potential options, we concluded that moving Worlds to Europe provided the best opportunity for the most teams, and their best players, to compete,” Needham answered.

The top teams from 12 areas will fight for the Summoner’s Cup at Worlds 2021, regardless of location.

The event will include 24 teams, including four from China and Korea, three from Europe and North America, two from Taiwan and Vietnam, and one from each of CIS, Latin America, Turkey, Brazil, Japan, and Oceania.

Here are all of the teams attending Worlds 2021.

DWG qualified for Worlds 2021 on the basis of championship points earned throughout the season. The defending world champions qualified with a total of 190 points—90 from the Spring Split and 100 from the Summer Split.

After earning 150 championship points, Gen.G earned a spot at Worlds 2021. The team’s good success in the spring and summer regular seasons softened the impact in the playoffs.

Against all odds, T1 qualified for Worlds 2021. A run through the Summer Split playoffs, which saw the team defeat SANDBOX in the quarterfinals and Gen.G in the semis, won the team 100 championship points, on top of the 30 earned in the spring.

MAD Lions defeated G2 Esports 3-1 in a rematch of the LEC Spring Split finals to win a place at Worlds 2021. In the best-of-five series, the previous LEC champions left a lot to be desired.

Rogue qualified for Worlds 2021 after a hard-fought win against Misfits after finishing first in the LEC summer regular season with a 13-5 record. Odoamne’s presence in the top lane has been critical to the team’s success over the last eight months.

Fnatic defeated long-time rivals G2 Esports to secure Europe’s lone berth at Worlds 2021. Gabril “Bwipo” Rau’s move from the top lane to the jungle paid off in the playoffs.

After a convincing 3-1 win against TSM in the LCS Summer finals, Team Liquid qualified for Worlds 2021. Despite difficulties with health, player management, and coaching staff during the break, the squad came together when it counted the most.

After defeating Evil Geniuses in the LCS Summer Split playoffs, 100 Thieves qualified for Worlds for the first time since 2018. A roster move in the summer made a significant difference for the team.

Spring champions make a comeback Cloud9 qualified for Worlds 2021 following a 3-2 loss to TSM in the loser’s bracket of the Summer Split playoffs. The most successful squad in North America will once again represent the region on the international stage.

The two teams representing the LCS region (Vietnam) will no longer be able to participate in the 2021 Worlds, as reported by TheThao on September 1. When Riot changed the venue of the tournament from China to Europe. The teams from Vietnam have faced difficulties in obtaining the necessary visas. Riot confirmed this in a statement on September 9.

The final list is still on updating. See you at Worlds 2021!