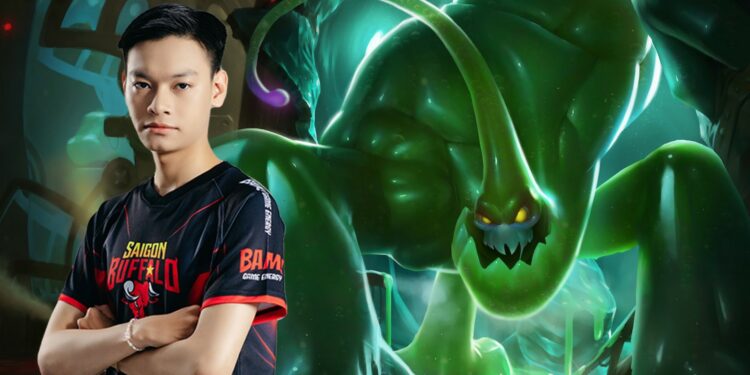 Our first off-meta choice from the VCS representative, Saigon Buffalo – Zac mid lane — after the first day of the 2022 World Championship

It’s Worlds, which means it’s time for some non-meta choices from pro players around the globe. As the playstyles of many areas collide, the meta morphs into a one-of-a-kind beast that is only seen in international competitions.

And the Worlds 2022 meta has witnessed its first significant evolution: Zac in the mid lane. The choice was made by Saigon Buffalo’s Froggy and presently has a K/DA of 3.6 and a 100% win rate after the Buffalos used it in a 35-minute triumph over the TCL’s Istanbul Wildcats.

Despite the fact that Froggy was the first to pick on the Worlds stage, G2 Esports mid laner Rasmus ‘caPs’ Winther has been tormenting EU West solo queue with it.

With the current meta focused on bot lane carriers, Zac mid is a strong tank option. While his laning phase isn’t particularly impressive, he’s just another crowd-control, heavy tank that can clear the way for a carry to come in and clean up.

In SGB’s victory over IW, the Zac pick allowed SGB to choose a backup tank. Zac offers the crucial teamfight setup with Leona, with a Gwen pick in the top lane and Hecarim in the jungle providing enough damage already.

These are the runes Froggy used to fight against Sylas.

In terms of items, you want to grab a Bami’s Cinder as soon as possible. Farming on Zac, especially in the mid lane, is a miserable experience – Bami’s will help alleviate some of that, as well as provide a nice boost of extra damage while fighting melee units.

That Bami’s Cinder will transform into a Sunfire Aegis, and you can then choose whether to go for a tankier variant of the build or itemize for some AP damage.