If That Day Faker Didn’t Start From Mid Lane, Would He Also Become a Real Legend in The Jungle Position? 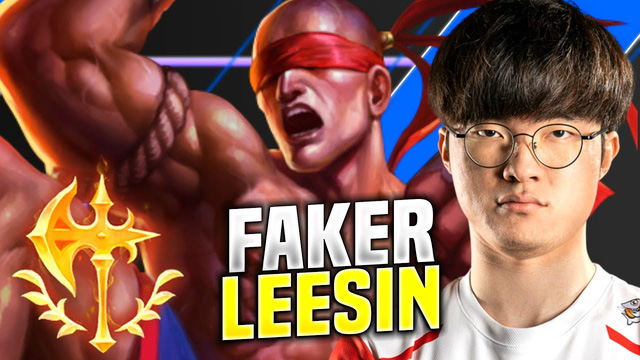 Regardless of playing any the position , Faker is also excellent.

With a series of noble titles in his career, Faker easily became the greatest LoL player. With a series of brand champions such as Zed, Leblanc, Syndra, Ryze … “Demon King” has become a great sample that every mid laner looks and learns.However, what if Faker doesn’t start from mid lane? The answer is extremely simple, he will become a legend in the jungle position.

We should remember that Faker is a gamer whose style is extremely eager to win, he will do everything to defeat the enemy team even if he has to change his playstyle. From being an extremely aggressive player in the mid lane, Faker can change his playestyle against different opponents really effective. Faker can play well AP with control ability, even there was match he had to use Lulu or Karma to serve his tactics.

Because of being able to adaptive to the meta and being able to play well what the coach requires, making Faker an excellent player in the jungle position.Every year, Riot seeks to change the meta of jungling and those who are not adapted well will be eliminated. if Faker play in this position, he can play well from strong damage champions like Lee Sin to strong defense like Trundle or Sejuani. Even with a special champion like Graves, the “Demon King” will still plays well.

Another habit that makes Faker an excellent jungler is the ability to collect information extremely well. We must still remember the video proview when gamers were dizzy because he paned the camera too fast to lanes. With this habit, Faker will have a huge amount of information and can make decisions to attack target accurately.

Commentator Cloud Templar once said that Faker adapts well to each of his opponents, even though it’s the smallest habits he still notices. If applied to the jungle position, Faker may become a player like LPL Karsa, study the opponent and read the direction of the opponent’s jungle well. Maybe the nickname “Radar” would be Faker’s, not Karsa’s if the “Demon King” switched to the jungle.

Faker’s ability to make decisions is extremely good, he rarely makes false calls or careless moves. Even if he jungling, Faker still makes people assured that the “Demon King” will not make silly mistakes such as a fail Smite , handling faulty skills or wrong team call. Besides, Faker is an excellent Lee Sin player, and once you know how to play Lee Sin, any jungler can play well, even excellent.

In summary, with a great base of skills and excellent thinking, Faker is already an extremely rare  gamer, no matter what champion or position he plays, he still becomes a symbol of League of Legends.