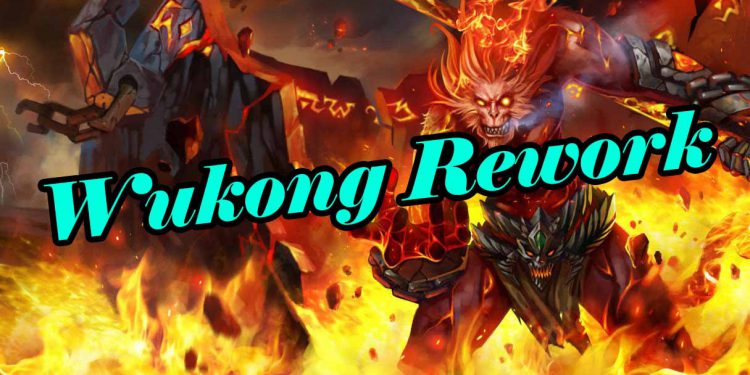 Wukong Rework – The recent rework of the Wukong skill set of the Riot Games has encountered many grievances to the gaming community itself and received too much criticism. Therefore, they decided to use their 200 years of game development experience to once again rework the 3.0 skill set for Wukong.

You can Read: Wukong’s new skill set will appear in patch 10.6 – wukong rework

Wukong is probably the most laborious champion of Riot Games when reworking because they need three high-end game designers to implement but still only in the testing phase. The last person responsible for this monkey is Riot August, the creator of Ekko, Jhin, Jinx, Vi Gnar and the rework of the two Kayle sisters – Morgana, recently announced the first details about this new Wukong. .

This Wukong changelist will go out to PBE tomorrow, picking up where @RiotLutzburg left off.

-Still not happy with the passive.

-Damage tuning may be off. Could be too strong or too weak.

Now checks for enemies every 25s (from every 1s)

New: Whenever Wukong or his clone deal damage with basic attacks or spells, Q’s CD is reduced by 5 seconds. Cooldown: 9-5 >>> 10-6

New: Added a 300 range dash that can go over small walls (the same as Kindred Q)

No longer does AoE magic damage on despawn.

—Basic attacks, The clone will attempt to attack enemies Wukong has recently attacked.

—E, The clone gains the AS buff

—R, The clone starts spinning and will knockup enemies that haven’t been knocked up already. The clone mirrors Wukong’s animation state on spawn Attacks from towers instantly kill the clone

The dash now follows the target, similar to Lee Sin Q (We probably shouldn’t do this. Don’t count on this shipping.)

R can now be cast a 2nd time within 7 seconds. The second cast will not knockup enemies hit by the first

Wukong can now cast other spells to cancel R, stopping the spin