Is This Yone’s Leaked Splash Art? Here Are Several Possibilities 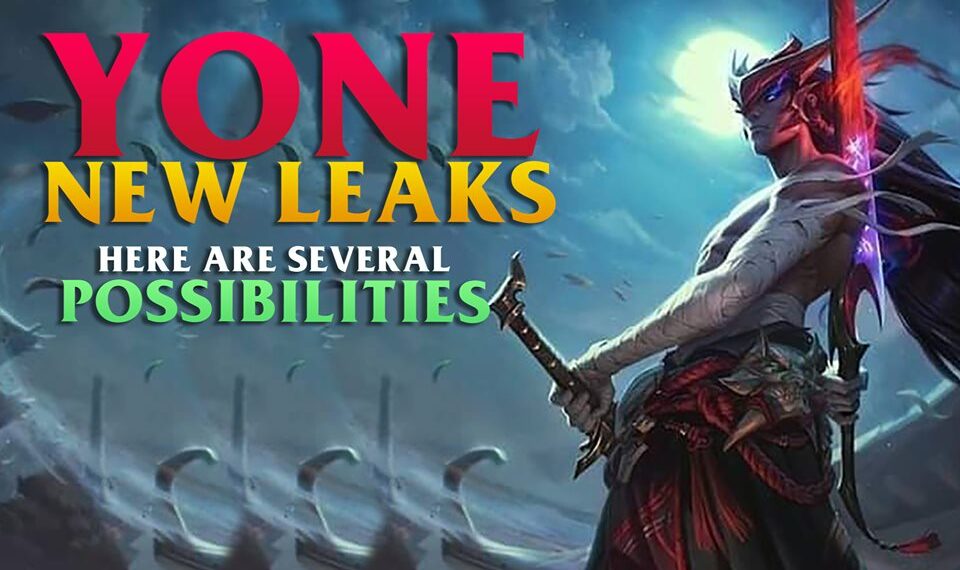 An image of what is assumed to be Yone’s leaked loading screen has been circulating around the Internet – starting from the recent leaker of the swordman’s Spirit Blossom splash art, Twitter JumaraloHexCore.

What we already know about the champion

Yone is Yasuo’s fallen brother who made his first appearance as someone the Unforgiven slew in a duel for attempting to do the same to him due to a misunderstanding of the cause that led to their master’s demise (later the true culprit is revealed to be Riven).

Yasuo’s supposedly deceased brother has been teased earlier this year and is featured as a card in Legends of Runeterra, with his model and a snippet of his face leaked from the same sources that revealed earlier Summer Event’s content. Spirit Blossom Yone’s splash art, which was leaked from the same source, is being shared across the League of Legends community as well.

Several theories have been popping up around every corner of the Internet, about Yone’s connection to Lillia – another champion who is about to be released within the same time frame, back to back with him. Some speculate that Lillia was the one who played pivotal in bringing him back to life, other assume that she was awakened by his resurrection. In addition, Jumaralo Hex provided what could be another interesting hint about the two’s relation, since a fragment of his current splash art was leaked altogether with Lillia’s.

Yone’s red color scheme and his demonic appearance can cause League fans to link him with the Darkin as well. It is also possible that Yone is a host for another ancient Darkin creatures. One interesting point is that, the supposed host is still carrying the dual blades he used when he was alive. It could be possible that Yone is either dead with another entity occupying his body, or he made a pact with the Darkin creature, then overwhelmed him and utilized his power as a means for his revenge, much like Swain with his Demon of Secret in Immortal Bastion.

While the information about this particular Yasuo hater (much like we do) is still obscured, it is possible that Riot will somehow allow more teasers in the form of leaks in the upcoming days. The hype is there, and this double champion releases back-to-back like Darius and Draven back in 2012 can only mean that the Spirit Blossom, or the Summer Event, will be the biggest League of Legends in-game event to date.