Yone will get a brand new awesome updated on his walk animation – 10.16 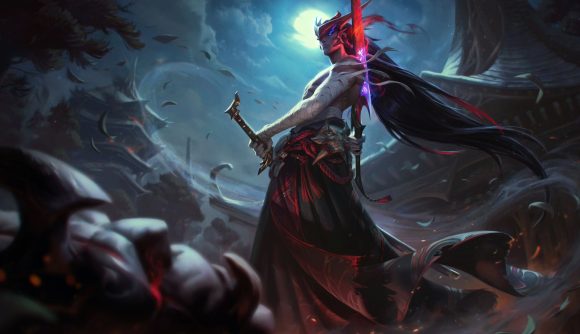 Yone, the 150th champion of League of Legends, after his debut with a marvellous short film, Riot has received tons of feedback about his walking animation. So Riot Games went back and updated the walk animation for him, the next champion coming to Summoner’s Rift.

Riot decided to listen to the majority of the community, as too many comparisons about Yone in the animation vs him in-game… The devs updated his out-of-combat run animation to make it less awkward for Yone players while also keeping his current in-combat animation, satisfying both fronts with this small update.

The previous walk animation will also undergo some updates. But due to time constraints, it won’t be available for testing on the PBE and will be deployed during his arrival on the live servers.

But considering there are times where you just need to get from one point to another, this doesn’t make sense because there’s no one to intimidate. As a result, Riot went through multiple options and landed on the current run animation.

If the in-combat player isn’t attacking for a couple of moments, he will transition to the run animation, similar to how Yasuo “sheaths his blade,” according to EndlessPillows.

Yone will arrive on the live servers in Patch 10.16, but he’ll be disabled for the playoffs in all competitive regions.