Zeri’s base stats and four active abilities will be slashed by Riot Games in League Patch 12.7. 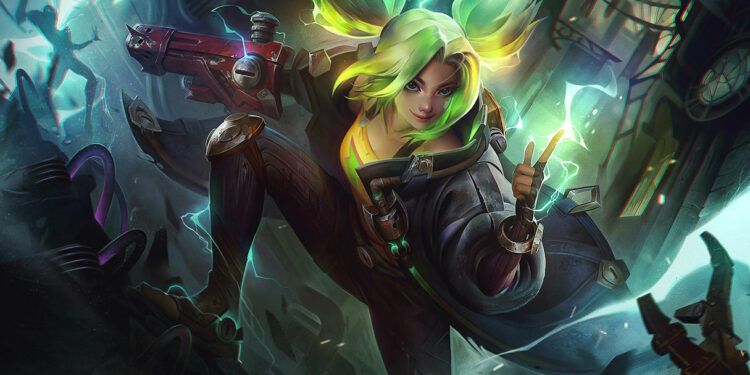 Zeri – The Spark of Zaun remains dominating both Solo Q and Pro Play in 2022.

The spotlight of League of Legends upcoming Patch 12.7 definitely belong to Zeri.

Riot Games is buffing and nerfing certain League of Legends champions in Patch 12.7, with adjustments focusing on Wukong, Lee Sin, Ryze, and others. While over a dozen champions’ power levels will be enhanced and adjusted in Patch 12.7, no champion will receive a more significant set of adjustments than Zeri.

With nerfs to all four of her active abilities, as well as her base numbers, Riot is preparing to gut the Spark of Zaun as the 2022 League season approaches the halfway mark. The contents of Zeri’s impending wave of nerfs were revealed in an update posted by League’s lead champion designer August Browning.

First and foremost, in Patch 12.7, Zeri’s base attack damage and attack damage per level are both reduced. Her defensive prowess is also addressed, as her base armor is reduced from 22 to 20, although her HP per level is slightly enhanced from 90 to 95.

Burst Fire (Q), Zeri’s trademark ability, has had its base damage lowered at all ranks in Patch 12.7, and the ability now only applies on-hit effects once per cast. In addition, her Ultrashock Laser (Wbasic )’s damage is being reduced at all tiers, but its scaling qualities via her AD and AP are being enhanced as a countermeasure.

The Spark of Zaun has been one of the best and most widely debated champions in professional League since her debut earlier this year. According to League metrics site Games of Legends, the champion’s pick/ban rate of 69 percent is the third-highest among all champions in the game’s four major professional regions this season.

These Zeri modifications are planned to be implemented with League Patch 12.7, which is set to be published on April 13th, according to the game’s patch schedule.