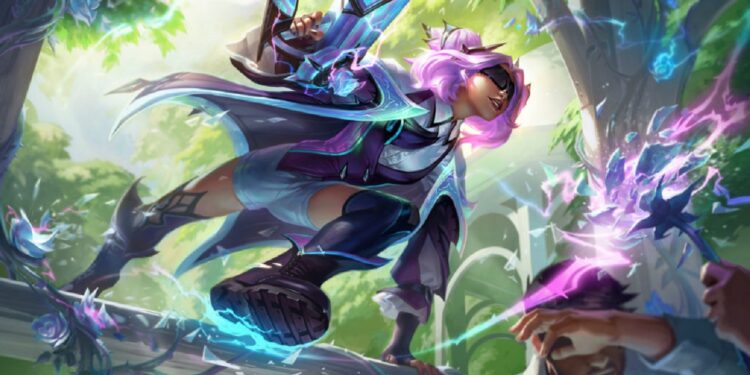 In the upcoming patch 12.14, Zeri is having her 12th adjustment since published.

Despite having joined the Rift for 6 months, Zeri has been favored by numerous players around the world, both professional and casual ones. She can cooperate with a wide range of support champs, from buffing to fight-opening ones. In pro leagues, she even would be a draft pick if not banned.

Zeri’s power is certainly unstoppable when having enough items so she has attracted huge attention from the community as well as Riot Games. They once hammered her as junk, then returned a bit again due to too low win and pick rates. Almost every patch, including small and huge ones, has her name on it. Try as they might, this champ is currently still a power pick in every pro match worldwide.

As a result, Riot once again have to give her some adjustments in the forthcoming patch 12.14. So, Zeri will have been adjusted for the 12th time since Riot brought her to their players. The only interval that she was safe was during patch 12.8.

According to recent statistics, her winrate in ranked has reached 59% – an enormous number among LoL champs. This number has shown her incredible power thanks to many factors (kit, meta,…), Complaints from the community are clearly inevitable for Riot and the most affected one is apparently August – Zeri’s creator.

Riot have always been unable to create their “balance” game as they said. Zeri, Viego, and Akali,… are all monsters that most players of LoL are “begging” them to have solutions to the problems they have made. So far, Riot’s efforts have seemed to be nothing.