Break the meta: Ziggs ADC is taking over Bot lane and here’s why 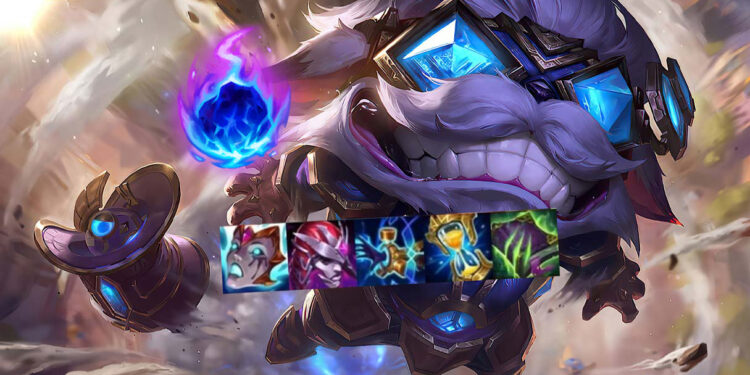 Ziggs has been played by many professional players in both Solo Queue and competitive tournaments, and it has an exceptionally high win rate in the single rank.

If you regularly watch professional tournaments recently like LPL or LCK Summer 2021, you will probably notice that Ziggs has been used by many players in the role of ADC. Thought to be a team’s tactical choice, Ziggs proved himself to be very effective in every match. Last week on LCK Summer 2021, T1 was able to win against GEN with the score of 2-0, and Gumayusi, T1’s ADC player, chose Ziggs to be the team’s ADC in both games.

Not to mention, according to OP.GG, Ziggs is currently the strongest champion to be played in bot lane as an ADC with the highest tier. His win rate is impressively high at 53.39% win rate and a pick rate of 8.36%.

Why Ziggs is so strong right now?

Perhaps what makes Ziggs so popular is due to the buff that Riot gave him back in patch 11.12. Specifically, the basic damage of Q – Bouncing Bomb is increased and the missile speed from his ult R – Mega Inferno Bomb is also faster when used at medium and far distances. This buff has enhanced Ziggs’ ability to farm early in the game and deal crazy damage later on.

It is gradually known that Ziggs is a champion that has long-range skills so positioning is easier for Ziggs to inflict damage, whereas most normal ADCs have to stay in their auto-attack range to deal damage. This can potentially grant the champion with an extremely strong snowball tech in the lane if he is laning with strong CC support like Leona or Alistar…

Moreover, Ziggs is very fast at pushing turrets. We must know that Ziggs’s passive deals 150% more damage on the turret and W will immediately destroy the turret if it falls below a certain health level. As a result, when you have Ziggs on your team, you will almost guarantee a clear lane without the enemy’s turret.

With Riot Games buffing Ziggs and his ability to combine effectively with various strong supports, this champion is proving to be a very potential ADC in the current meta.