“200 years of balancing experience” Aphelios is back 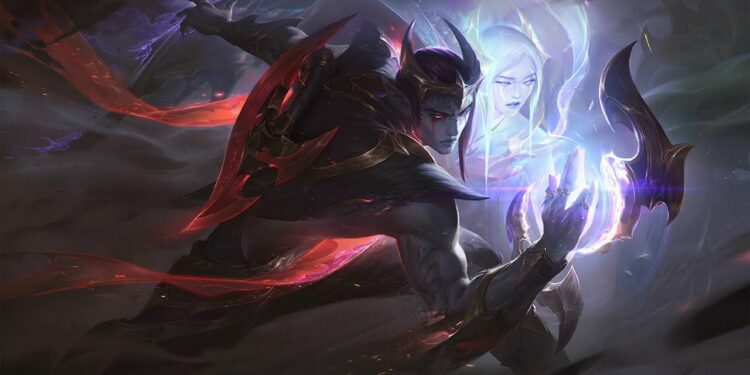 After receiving buffs in both patches 11.12 and 11.13, Aphelios has been brought back to the Rift!

Although Riot had had an eye on Aphelios and give him some buffs in patch 11.12, they were still criticized by the LoL community. Most players said that those buffs actually went nowhere as this champion had been severely nerfed previously.

In fact, there was a time that Aphelios had extremely high ban/pick rates in pro leagues and ranked (we will take Korean Challenger as an example): 97.7% and 223% respectively. (according to fow.kr).

Obviously, the higher ban/pick rates a champion has, the more influence he has on the whole match. Lessening this champion seemed to be a wise choice of Riot as with his original power, Aphelios can one-shot any non-tanky champions! Nevertheless, they apparently went too far as his healing and minions clearing had been reduced a lot.

However, in patch 11.13, Riot did not know that they released a monster (or brought the monster back) to the Rift. They decided to give some buffs to his passive and Q to strengthen his laning phase, trades, and AOE damage in team fights. Furthermore, the return of Aphelios is also an option to counter hot-pick ADC like Kai’sa, Lucian, or Varus, which have dominated pro leagues and ranked for a long time.

You can easily see that thanks to this buff, his autos now deal a lot more damage, which makes the ability to clear minions much easier and more stable. He also can reduce the risk of diving, then have more time to roam and get objects. Let’s take a look at Game 2 and Game 3 in the match between T1 and DK yesterday. In the former, DK Ghost used Aphelios and created a lot of obstacles for T1, but he finally failed. And in the latter, T1 did not ban this champion but gave him to Gumayusi and he with Thresh of Keria became an extremely terrible nightmare of the whole enemy team. We cannot deny the excellent performance of Keria, but the power of Aphelios was so enormous.

Moreover, his amount of damage is now much more frightening in team fights thanks to 6 AD and 6 Lethality increased in patch 11.13. Let’s image an ultimate with the AOE damage of Infernum, which can totally flip the table. The first game between SN and TES was an example.

However, this OP champion also has lots of weaknesses. First of all, his mobility is almost zero, which enables him to escape from assassins or ambushes, so you have to wisely choose your position in team fights as well as spells. Next, he needs a lot of protection from his team in the entire match, or he will be slain before the fight begins. Then, his difficulty is extremely high and you have to practice a lot to get used to his skills, weapons, and combos. The last one is that he needs a lot of items to reach his ultimate power, so your team have to “nurture” him until he has “grown up”.