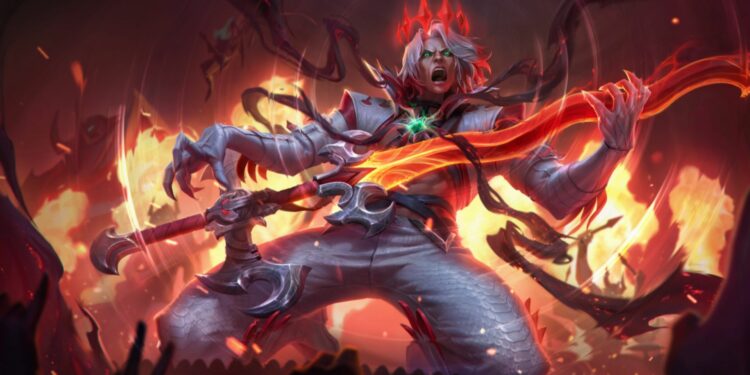 It won’t be such a surprise to see Viego, Lee Sin and Leona become the targets for the upcoming versions of League of Legends after such performances they had so far at the 2021 Summer Split.

With the 2021 Summer Split came to conclusion and major regions as the LPL, LCK, LEC, and LCS finally got their representative attendants for Worlds 2021, many impressive statistics about the tournament have been announced.

The meta has changed much more in comparison to the spring of 2021 throughout this phase. Lee Sin, Leona, and Viego rose to be the most picked champions in the summer while In the Spring phase, Kai’Sa, Rell, Alistar are the most popular choices for professional teams.

The main strength of these two champions is Lee Sin and Viego’s ability to play effectively in many different positions and to make a very annoying ‘flexible pick’ that can be blindly drafted regardless of their matchups. This makes it possible, from the early team selection, for professional teams to respond to other picks, adjust their tactics and develop strategies to counter their competitors.

Lee Sin’s biggest strength in lane comes from his ability to quickly clear minion waves when players usually max out E – Tempest/Cripple and combine it with Ironspike Whip’s active. Moreover, Lee Sin is also a very strong champion in small fights and trades in the early game and can create a very good snowball position for the whole team. In addition, with the high level of professional gamers, they can use R to kick back the enemy’s main damage source and turn around an entire combat with unexpected plays.

As for Viego, this champion used to have the ability to stay healthy in the lane while also dealing extremely strong damage with his Q – Blade of Ruined King. This makes Viego a very annoying Bruiser in the solo lane for a long time before being nerfed. Even with such a nerf, Viego Jungle is still a strong choice and has a high outplay potential in combat with Sovereign’s Domination, which explained his high pick rate in the 2021 Summer Splits.

In Leona’s case, she can be considered as the strongest Offensive Support in League of Legends at the moment. The set of skills that provide strong crowd control abilities along with good resistance from W – Eclipse makes Leona suitable for many different team formations. In addition, with the emergence of Ziggs in the 2021 Summer Split in the role of ADC, Leona is increasingly used to optimize the amount of damage this champion deals.

So the question here is whether the above champions will continue to dominate the meta of Worlds 2021 or not? Riot Games, of course, will not want this to happen because they have revealed that the meta of Worlds 2021 needs to have a change compared to the 2021 Summer Split tournaments to bring something new to the audience. In the latest updates of League Patch 11.18 from Riot, Lee Sin will get his base attack damage nerfed. It is not excluded that Viego and Leona will also be nerfed in the next League Patch 11.18.

However, the champion quality of Lee Sin, Leona, and Viego is still very strong, and nerfing a few basic stats is not enough for them to stop being hot. Maybe these champions will no longer be the most picked champions, but they still play an important role in shaping the meta of the upcoming Worlds 2021.