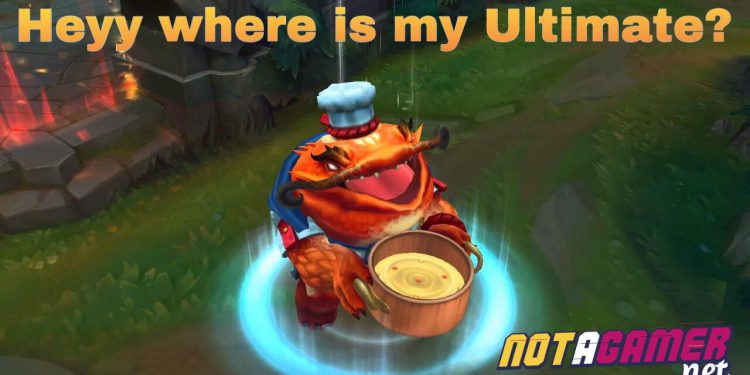 Will the meta have any impact when these changes officially occur?

On June 24, Riot Games has announced changes on the test server that has been stirring the social networking sites of LoL community. Gamers has realized that Karthus’s (W) Wall of Pain had received a new mechanic, and it was truly terrifying.

Not only does it reduces magic resistance and slows, the wall now even puts the opponent into a grounded state while standing inside it. That means the enemy champions cannot surf, jump, or any kind of dash to get through it. If they try to dash or jump over the wall, the champion is also slowed by a 20% more.

If Karthus receives his changes as above, chance are, he will eventually become the next hotpick. Gamers, at their first look, commented that they could not even believe in their eyes, but Riot Games was serious with their intention on changing Karthus so that he could became a more terrifying champion rather than a “walking ATM” for enemies.

Mark Yetter, the Lead Gameplay Designer of League of Legends has officially announced that Riot is currently developing a few projects related to more champion’s mechanics changes as follows.

As for Pyke, Riot wants him to be a more supportive champion, which means Pyke won’t be able to hold or push lanes without his teammates. They want to bring the Bloodharbor Ripper back to the meta as a support and at the same time, not allow him to go solo-laning anymore.

As for Karthus, this is a great opportunity for Karthus to return to his original position as a mid lane, while also increasing his ability to be used as a Jungler. So far, these changes have been removed from the PBE server, but Riot is still planning to bring Karthus back to mid lane. We will have to wait a little longer to know their exact plans.

In addition, Swain will has a changed that help him become a strong champion in higher ranks, but still won’t break games at lower ranks. In fact, Swain had a “golden era” when he was first remade, which… quickly collapsed shortly thereafter. Therefore, hopefully after these changes, we can see more Swain picks in professional arena.

As for Skarner, Riot intends to increase player friendliness when using this champion, while also increasing the output damage to allow him becoming a counterweight to other tank champions and gladiators.

Finally, about Tahm Kench, this “monster” received a huge sledgehammer in 2019. However, Tahm Kench is still widely used in professional arena and will be modified by Riot to appear more in rank and normal matches.

Accordingly, in the latest sharing post of Riot CaptainGameplay has revealed a number of new changes for Tahm Kench in the upcoming versions. Specifically, in the latest test version of Riot Games, (W) Devour will become the Ultimate skill, of course this skill will also receive a buff so that it deserves to be an Ultimate skill. It will be typically increased to deal more damage or give allied champions more shield.

His old ultimate will become his new (W)

So what about his (W)? Riot also said that they are testing a completely new skill for Tahm Kench and if they have to describe, this skill will be somewhat similar his old (R), except the casting range, which will be much shorter, and it also have a knock up effect after it reached the marked position.

Shifting a short distance, knocking over the destination, the new Tahm Kench (W) sounds like Rek’Sai’s E and W fused together.

The remaining 2 skills including Tongue Lash (Q) and Thick Skin (E) will be unchange and also receiving a few upgrades. Currently (Q) is being tested with healing ability, along with reseting his passive Unique Taste

Despite the announcements given, according to Riot Games, these changes are only experimental and certainly players won’t be able to see them in recent updates because Tahm Kench has a great influence on the game as well as professional arena, and updating Tahm Kench’s skills too early could make the professional meta change drastically.