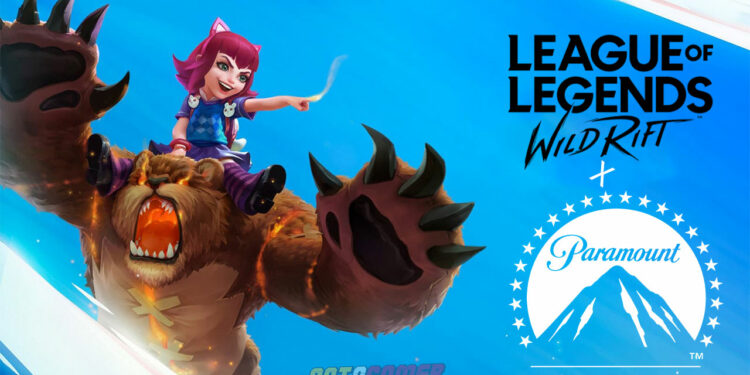 League of Legends: Wild Rift promises to be a real blockbuster.

Just a few days ago, Riot Games updated gamers on the launch time of Wild Rift Regional Open Beta, specifically, for markets including Korea, Japan, the Philippines, Singapore, Malaysia, Indonesia, and Thailand, it will start on 27 October (Pacific time).

From the above-mentioned Voyboy video, we can see that he is on the League of Legends: Wild Rift set. Outstanding among them are the 3 turrets that were lined up at the end of the video which is a very familiar thing for the League gamers. Everything seems to be in the early stages of production and still quite sketchy.

Paramount Pictures is a well-known film studio that has played a huge part in the development of world cinema. It was established in 1912 and is currently owned by ViacomCBS Inc. Up to now, the studio has accumulated a treasure trove of films associated with popular culture over decades which include Indiana Jones, Transformers, Forrest Gump, Mission Impossible, Titanic, The Avengers, Interstellar…

The Avengers is one of the blockbusters produced by Paramount Pictures.

With a long history of development and numerous blockbusters in the past, Paramount Pictures is promising to create a real supermassive for Wild Rift. It is likely that in the near future, Wild Rift would give the players the best experience, both in terms of gameplay and promotional products that are extremely satisfying.