A player with Honor 0, who did nothing, but he still received 2000 RP from Riot Games 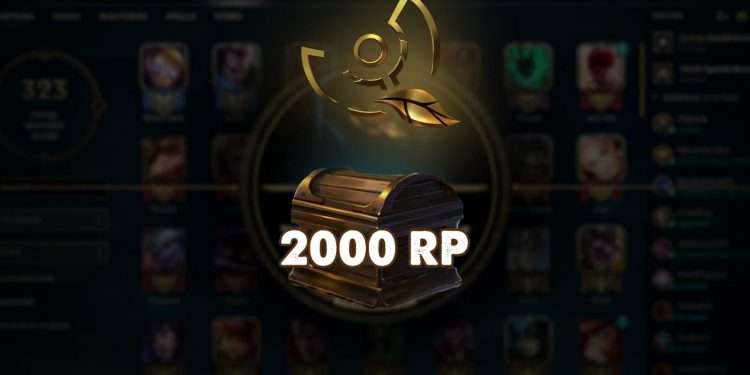 Riot Games is increasingly showing generosity and interest in players through a series of activities and events in the game.  Not only satisfy the fans with a series of couples recently, Riot employees are … giving gamers a large amount of money.

Not long ago, the League of Legends game development team brought the community of game lovers a big surprise: the famous Streamer Yassuo was completely grateful … 1 RP.  While both this guy and the players are still ẹnoyed with  this unpredictable troll, recently, a player with Honor level 0 has shared to MXH a picture of the gift … 2000 RP from Riot

Surprised by this gift, he quickly took a screenshot with … phone, then he is also quickly spent this 2000 RP within a day.  “Has anyone also received this gift like me?” He asked and still didn’t believe what had happened.  For him, this is definitely a bug, especially when a series of errors are constantly occurring in the League.

A lot of users have come to share with this guy, and by the way not forget to include the explanation.  Riots employees will be given a huge amount of RP to the account, and they will be able to use it freely, including putting this money into an any account.  The RP transfer will be done via an anonymous system, and will show up as a system gift.

However, the amount of RP for heaven only exists until the end of 1/12 every year, so these friendly staff are trying to make them not become meaningless by … giving anyone to impress them.

It is clear that with this extremely friendly action, Riot is creating a lot of sympathy for the player and extending his influence to the world.  Hopefully we will see more of this in the game, not just “chance” to get lucky like the guy in the story above.