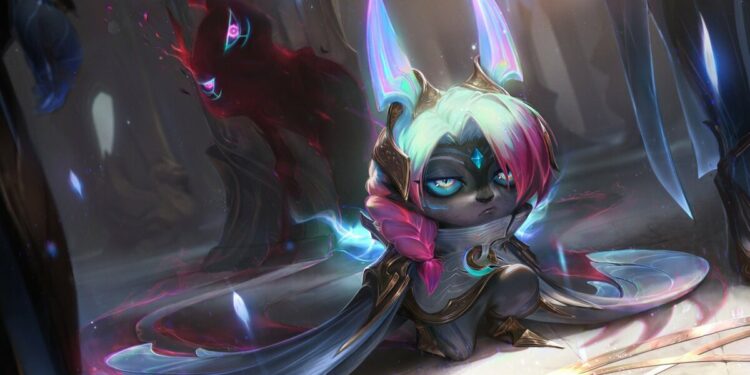 Vex can easily destroyed the lane abusing this bug.

Vex, the most recent League of Legends champion who debuted in the second half of the 2021 season, will be eligible to compete in professional tournaments in the upcoming 2022 season. This is a mid-lane mage champion with a suppressive skill set and reasonably consistent magic damage. Vex, in particular, can counter varied picks, and excels in engaging and entering fights from a distance.

But recently, a Reddit user has discovered a rather serious bug of Vex that can affect the game situation significantly. Specifically, as is known, Vex’s ultimate will be refreshed after each take down. But if activating the ultimate does not kill the target or Vex is taken down, this ability will be on CD. However, in the posted clip, a gamer discovered a glitch that prevented Vex’s ultimate ability from CD even though the champion had already casted the ability. He then abused this to take down an opponent and got ganked afterward.

Due to a bug that allowed Vex’s ultimate to become a URF version, the champion instantly returned to lane and continued to take down the opponent’s Veigar, allowing Vex to totally win the lane. This demonstrates how a bug may drastically change the course of the game.

The community also said below the article that they had previously encountered a similar bug with Vex, and the majority of the comments identified this as a severe error. The ultimate is a champion’s strongest ability, and without cd, it will undoubtedly overpower that champion.

With such a heavy bug, Riot must definitely “take action” immediately in the upcoming update. In particular, the 2022 season is approaching and Vex will definitely be a regular pick in the mid lane position of the teams.