No Result
View All Result
Home Among Us 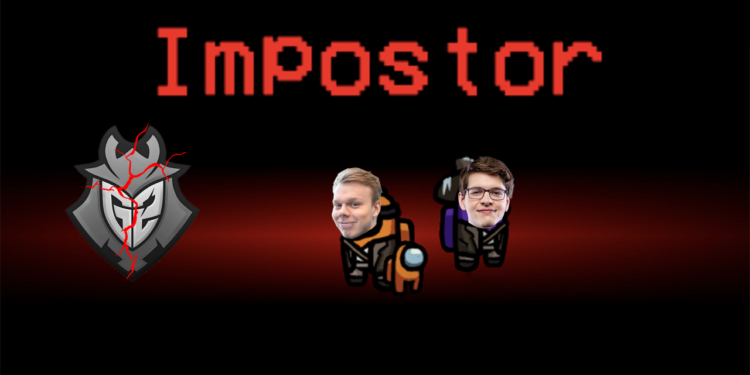 It seems that Among Us is helping professional players to relax a lot after hours of training for Worlds 2020. How did it help? Let’s dig deeper into this article for more details with Notagamer!

Before Worlds 2020, bootcamp is an extremely important thing for any participants who want to lay their hands on the trophy. It helps to improve the connection between the players. It can also sharpen their skills which probably will increase the performance of the team considerably. Therefore, the new players attending Worlds 2020 are actively climbing the rank ladder on China’s server as well as practice during this time.

Of course, if you work hard, you’d better play hard too. Currently, the “medicine” that some teams has been using to relieve stress after intense training hours is this cute game – Among Us. We definitely don’t know if the effect of reducing stress has worked or not, but we know that this game seems to have “loosened up” their intimacy.

Here are some funny posts of G2:

And yes, MAD joined the fun too:

Doublelift said something about it:

They will have to make up some fake events or just basically lie to everyone so that they can stay alive and eliminate the Crewmate without letting anyone know that they are imposters. Otherwise, being suffocated in the vast vacuum of the universe is inevitable for them.

The most promising feature of this game is that it is extremely fun to play with a group of friends. The discussions to find the bad guys are always exciting because of the fact that everyone tries to themselves including the imposters. The imposters have to lie and slander the Crewmate or act like they are clean. Yes, for this reason, Among Us might (sarcastically) “ruin friendship” between some players.

Worlds 2020 is coming very close as the warm-up will kick off on September 25. The tournament’s group stage will occur after that on October 3. The teams at Worlds 2020 are all the best representatives of each region, so a little mistake might be a huge price to pay which can even take you out of the tournament. Hopefully the players who are playing Among Us won’t let their connection go down, leading to bad performances in Worlds 2020.