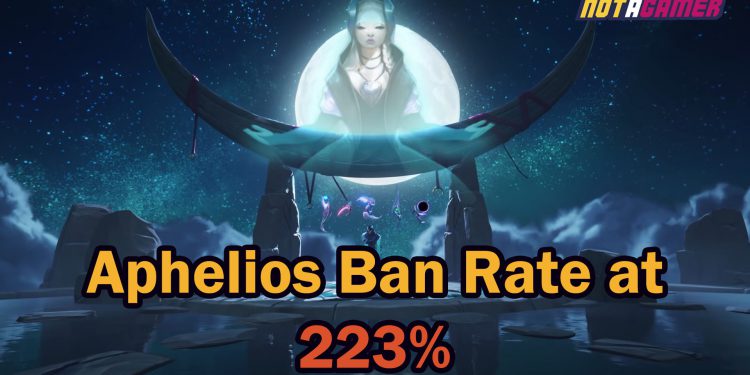 Along with the top banned champions in Ranked like Yasuo, Pyke, and Senna; APhelios is one of the marksmen who has the highest ban rate that no other champion has ever reached in the League of Legends’ history.

Aphelios is a marksman/ AD carry with 5 different weapons. He was just released in the update patch 9.24 and was considered one of the hardest champions to play. However, he is actually an “easy” champion to play just because of his insane damage.

For the past week, Aphelios reached the highest ban rate in Korea Challenger at 223.47%.

The reasons for the ban rate to pass 100% is because:

Therefore, these two reasons above will lead to a more than 200% ban rate when both teams banned Aphelios every game.

However, Apheolios Ban Rate not only stopped at 200% but it even reached 223.45% is because many re-queue happened and they re-banned Aphelios.

At the moment, Aphelios surpasses the champions that have the highest ban rate like Akali (174.37%), and Qiyana (138.37%). However, the win rate of these champions in Korean Server Challenge Rank is only 47.62%.

Aphelios will be nerfed at the next patch – patch 10.1.

Would the Weapon of the Faithful still keep his Record as Top 1 Ban Rate?

We will see after a week.