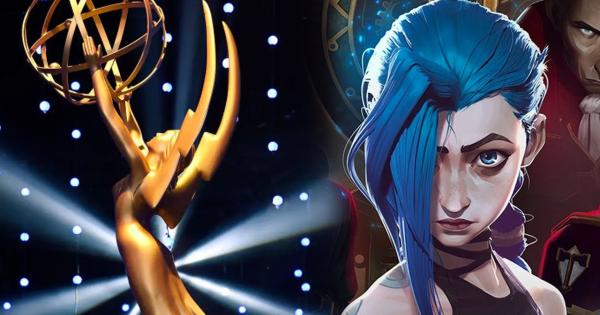 Arcane is prepared to contend for bigger trophies after dominating the Annie Awards earlier this year.

This month, League of Legends, a television series from Riot Games and Fortiche Productions, received two Emmy nominations. The prestigious award-giving organization is well-known for its annual Emmy ceremonies, where it recognizes the top American television programs, series, and individuals.

Two Emmy Awards, for Outstanding Animated Program and Outstanding Sound Editing For A Comedy Or Drama Series (Half-Hour) and Animation, have been nominated for the League of Legends series. Riot Games has never participated in the event before.

For this year’s Outstanding Animation Program award, the show will compete against other well-known programs like FOX’s “The Simpsons,” Adult Swim’s “Rick and Morty,” and Marvel’s “What If….”

The Academy of Television Arts & Sciences (ATAS) members voted in June to determine the nominees for the majority of categories. The winners will be announced at the Primetime Emmy Awards ceremony in September after peer voting concludes in August.