You will be banned VALORANT account if charging phone by PC 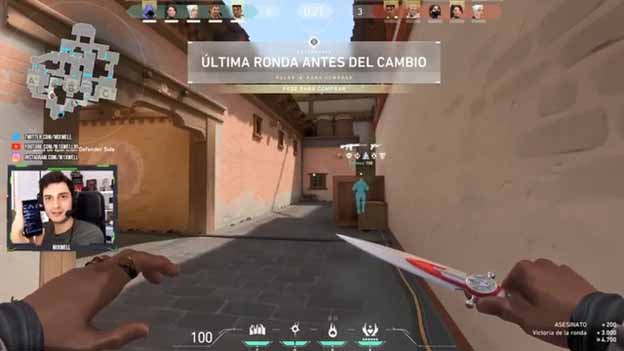 Despite just entering the beta phase, Riot Games’ VALORANT has quickly received a lot of attention from the community. Especially when the number of closed beta keys is limited, and the sale is not allowed. Despite being so hot, but from the very first days of its launch, VALORANT appeared quite sophisticated cheat hacking software. Then, after many days of modification, Riot Games even declared that it was ready to spend $ 100,000 for anyone who found a flaw to penetrate or hack/cheating game.

And whether it was too strict with hack cheat or not, or due to VALORANT’s anti-hack system working so carefully, recently, a rare event happened.

Accordingly, when he was streaming the live stream on the air, the professional CS: GO gamer, nicknamed Mitwell, suddenly did something very normal but brought an unpredictable result. It is to plug the phone charger into the USB port of the computer – a habit that perhaps many gamers also often do because of convenience.

But no one expected, just a few minutes after the operation, his account VALORANT was bluntly locked. It seems that VALORANT’s anti-hacking system has recognized that Mitwell is trying to use third-party software to hack and not only “kick” him out of the game immediately but also lock his account immediately. It was not until he complained and the matter was clarified, Mitwell proved himself pure and his account could be reopened.

An expensive lesson for Mitwell, and for us as well. It is best not to plug your phone into the USB port of your computer while playing VALORANT, because it has the potential to make you identified as a hacker.