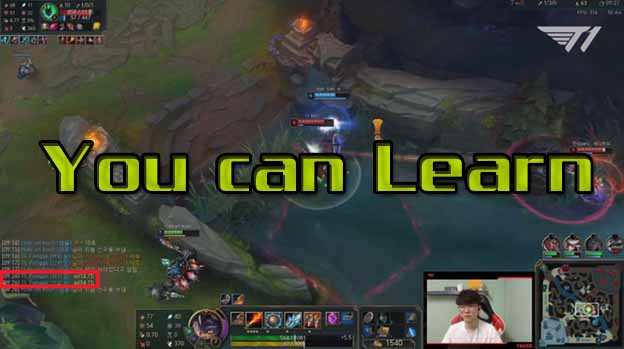 Basic Skills LoL – These are all basic skills in League of Legends but extremely effective, if applied to climb rankings will have unexpected results.

For League of Legends players who regularly watch major tournaments, it is possible to see pro player competing at a different level than those who freely climb the rank everyday. To achieve that level, besides factors such as innate, hand speed, tactical thinking, … there are still a lot of useful skills that anyone can learn to increase the skill in League of Legends of yourself.

The timing of the appearance of the jungle is one of the most basic of professional junglers, which maximizes the amount of gold and experience from the jungle monsters.

For casual players, only accustomed to seeing places with their team’s vision, but for professional gamers, they also have to “read” the whole place without any vision.

This is very beneficial because if you know the opponent’s jungle is on the upper half of the map, your team forest can completely take out the bottom lane resources like jungle monsters, Scutter Crabs, dragons or ganking. If on the contrary, the enemy jungle is in the lower half of the map, your top lane can be more comfortable, call your team to gank or control Rift Herald.

Depending on the jungler will have different Jungle rings, so each game will have different ways to plug the Wards. But having a lot of vision is a great advantage for reading the map as well as being one step ahead of the opponent such as counter-ganking, eating large targets, robbing Jungle resources, …

Most low-rank players only pay attention to farming in time to ensure the money is earned. However, for professional gamers, it is more than that, they both farm at the same time while keeping the positions that benefit them to farm safely, for the opponent to lose minions, …

With the push phase of 2-3 minions will be a huge pressure for the opponent, at this time the opponent will have to send people to defend if you do not want the minions to attack the turret. At this point, your team will have an advantage over people, can actively fight or eat big goals.

Most champions in League of Legends have countermeasures with items, spells, or other champions. As for the champions that are too strong, most will be banned and soon nerf by Riot Games (typically Ryze, Zoe, Aatrox, Akali have suffered dozens of strength reductions because these champions are too imbalanced). So you can choose for yourself a champion can counter opponent’s champion to help the match easier.

Although becoming a professional gamer requires a lot of other skills, but above are the most basic skills that you can climb the rank a lot more easily.