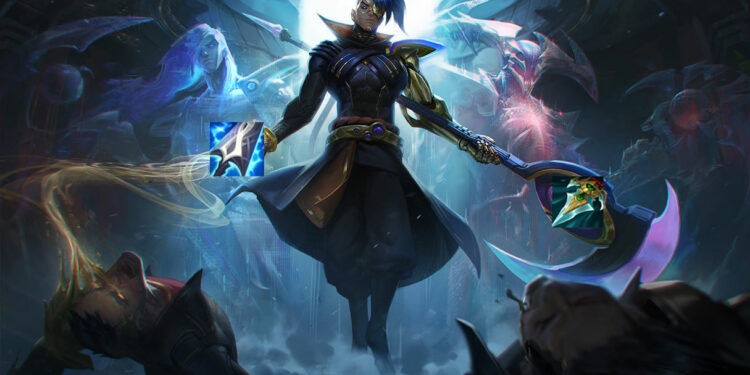 Recently, Kayn is the most popular Jungler among pro players and high elo rank matches. The special point here is that Kayn will transform into Shadow Assassin instead of Darkin.

Firstly, we must consider that Goredrinker was nerfed badly in patch 11.3. As the result, Darkin’s form is weakened with worse healing ability. In order to deal with that nerf, pro players found a better way: Kayn Assassin with higher damage.

Of course, Kayn in Shadow Assassin form needs a higher Physical Damage stat, so we must prioritize Mythic Items providing Lethality. And Prowler’s Claw is the best option nowadays. This item provides 21 lethality with the ability to approach efficiently, which helps Blue Kayn become a true hunter.

Especially, Muramana is the item that makes this build so broken. Despite it was nerfed in passive damage, it was buffed in the bonus damage from mana. Muramana provides tons of damage in the mid-game, as well as increases the mana pool in the late-game. The reason Muramana is suitable with Kayn is that most of his skills have high extra damage based on bonus AD.

About Runes, Dark Harvest is recommended, Sudden Impact for better approach and Ravenous Hunter for healing. In the secondary path, Transcendence is essential for faster cooldown.

About build, focus on dealing damage with high AD stat. Edge of Night is really important form the mid-game, it helps our assassin survive in combats and clashes.

In conclusion, this broken build is dominating nowadays meta, you can practice it and bring into ranked matches.