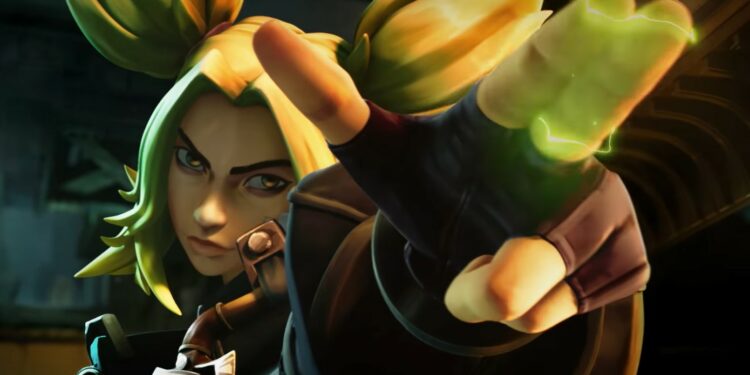 Zeri, League of Legends’ newest champion, was just confirmed to be arriving shortly to the game

And now, a new teaser has provided fans with additional information about her skills and how she’ll meet her characters.

Fans get a clearer peek at Zeri’s character as a champion from Zaun, as well as the first look at her abilities as an ADC, in a champion trailer released by League of Legends, the Spark of Zaun may be seen zapping opponent at breakneck speed, even appearing to supercharge herself to further wield her ‘spark’.

Zeri is introduced as a brave Zaunite attempting to prevent a bunch of trouble makers from attacking a civilian.  When she tries to shoot electricity from her fingertips, she struggles to generate a spark, spending a few seconds to gather herself before releasing the energy throughout her body.

Zeri is seen in her gameplay blasting an opponent with a single huge zap, then assaulting them with minigun alike shocks. Her auto attacks also appear to travel through Warwick’s body significantly, despite the fact that no opponents are around to take blowback damage. A similar impact may be observed later in the revelation when Zeri attacks other champions.

The Spark of Zaun also appears to have the ability to hop across walls in the same way as Talon does, which she exploits to catch an opponent off surprise. At the end of her in-game gameplay, she employs a huge shockwave (probably her ultimate) in a wide area of impact before blazing with lightning.

Riot Games has yet to publicly introduce Zeri, the Spark of Zaun. She does, however, appear briefly in the trailer for the 2022 season broadcast, which is due to go live today in conjunction with the start of the next ranked season.