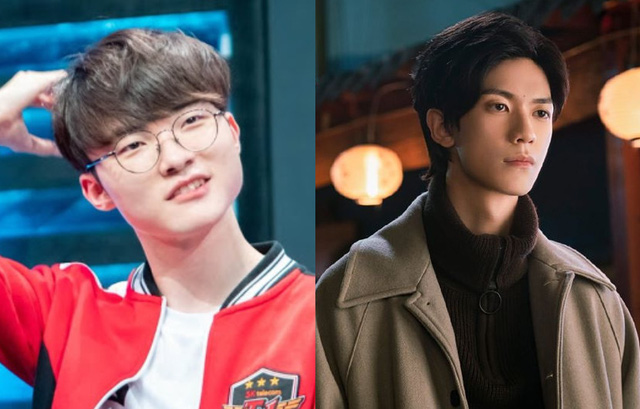 Due to the infuriating script, Falling Into Your Smile is facing a wave of boycotts on Chinese social media.

Following the success of The King’s Avatar 2 and Go Go Squid!, the theme of eSports has emerged as a new trend in the Chinese film industry. This resulted in a slew of eSports film titles, such as Falling Into Your Smile, appearing on the small screen.

In contrast to prior works, Falling Into Your Smile faces widespread criticism from the Chinese gaming community from the first stage of production. This is due to ridiculous details, as well as the drama of plagiarizing other works, altering eSport athletes’ image of the original novel.

Falling Into Your Smile continued to generate criticism from the gaming community until recently when the first episode of the series officially broadcast. This time, it was not just Chinese fans, but also South Korea and Southeast Asia.

The reason for this is that in the first episode of the series, the support character – Jian Yang (played by Zhai Xiao Wen), in order to flirt with Tong Yao (Cheng Xiao in the female lead role), intentionally acted to throw the game, delivering the winning portion to Tong Yao’s team. Jian Yang even showed a “sneering” attitude in the two characters’ post-match conversation while saying that because of Tong Yao, he may indulge in match-fixing as many times as he wants (this level not for money, but for flirting with the girl).

“Tong Yao: You should focus on your professional games. Look at your first round, your performance of killing yourself three times was so embarrassing.

Jian Yang: Was it bad? If you told me you joined them, I could even give them the victory in the second and the third rounds as a gift for you.”

This dialog has upset the gaming community by claiming that the author and the director themselves are totally ignorant eSport. And the player’s image is also distorted here, insulting the true spirit of sports, when creating an image of a character ready to flirt with girls, betraying teammates and spectators. Jian Yang’s role is also regarded as stereotypical since he perfectly imitates the support male character of love, who is entirely devoted to the female protagonist. But it’s apparent that swinging money and being cool isn’t something an eSports athlete does. As in reality, Jian Yang will undoubtedly be investigated and banned for life for his intentional match-fixing of the game.

Falling Into Your Smile has been criticized for using Esporst’s influence to create romances for the main cast as a result of the distorted plot. Spirit of fair-play, effort and a desire for victory were things that both the first episode of the series and the original novel are not included. Instead, romantic dramas take place during the whole episode in which a team member flirts with the other female player, the player merely completes a game then talks about love, etc.

Heretofore, the original novel Falling Into Your Smile was also involved in distorting Faker‘s original image, when Li Xiang He (Faker’s Chinese name) was transformed into the character of Jiao Huang with many similarities, but contain other villain personalities such as high arrogance, contemptuous of the weak, and the object of which the main cast of the film is determined to bring him down.

Team WE are another name that has been mentioned. The prototype of the eSports team in Falling Into Your Smile is claimed to have been taken from Team WE in which Lu Si Cheng (the protagonist) is the team member. Nevertheless, the author of the original novel has incorporated numerous elements of drama, scandals taken from rumors leaked online, leading the image of WE in particular and LPL, in general, to be significantly skewed. This led the fan community of Team WE to call for a boycott of the film from the time Falling Into Your Smile published a press release in 2017.

Up to now, in conjunction with the movie debut, Team WE were continuously ridiculed for their losses upon FPX just because they were taken as the prototype of the “3 cents” film about Esports.