Cho’Gath now having a 100% win rate in competitive tournament 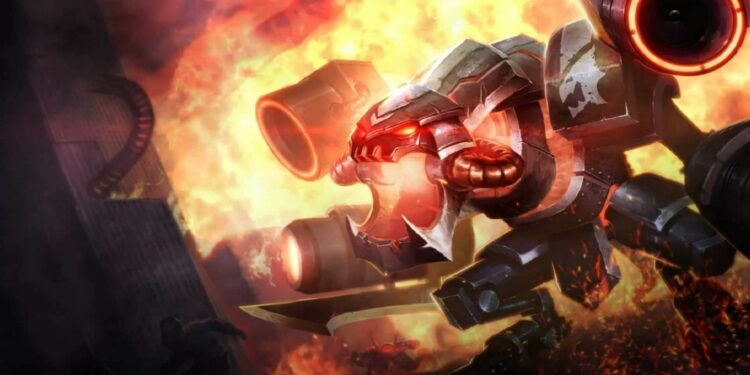 Cho’Gath – The Terror of the Void has been crushing every champion in every match he is picked.

The current top meta in competitive tournament is pretty unique lately, mostly around tank that can start a combat like Gragas or Sion.

In some recent patch, Cho’Gath is coming back in the tournament with the role of a tanky Top Laner to up against Gragas as well as other champs. Though after some minor nerf from patch 11.1 and 11.3, Cho’Gath still remains as balance as he can.

Cho’Gath first appeared in the big tournament when Excel Esports picks him in a match with Misfits. Kryze, Excel Esports Top Laner, picks Cho’Gath up against Jayce from HiRit. Kryze had some laning phase issue when he had a major disadvantage of minion but talk about his contribution to team fight is rather massive.

In the next match with Vitality, Kryze continued to pick Cho’Gath when the opponent picked Gangplank. Both of which has the potential of rocketing at the late game.

Cho’Gath continued to appear at week 8 of Spring LPL 2021 and had been noticed with some other situations. The most promising performance of the match came from Zoom, a player who uses Cho’Gath in a match between JD Gaming and RNG.

At 20 minutes mark, both of the top laner had an even farm and were not interfered with by other teammates. Yet, Zoom is the one who had more advantage when he was up 40 cs compared to AP Gragas from Xiaohu.

Couldn’t win against a monster with a KDA of 6/0/6 and more than 5000 health, RNG devastated in front of the situation. Zoom, together with his team, win the game with a score of 2 – 0 and personally, he had to himself MVP with his massively enormous monster.

Not only being used in the top lane, but LEC also made a bold move when using Cho’Gath at the bot lane. His CC with the healing from his passive makes him become a very efficient choice.

In conclusion, Cho’Gath has to himself a 100% win rate with a total of 7 picks in competitive tournament worldwide. Players are still investigating and finding a way to deal with this Void Creature so as to shut down Cho’Gath once and for all.