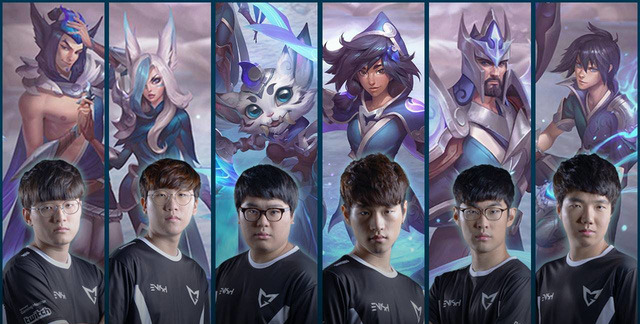 As for CuVee’s case, Riot Games later announced that they are currently working on the issue.

As the last League of Legends Korea team to win the World Championship, Samsung Galaxy has won not only the highest title in the Season but also a reward that will remark their victories in the entire history of the game: The Samsung Galaxy Skins.

In addition, the players will earn 25 percent of overall Worlds skin revenue in addition to the tournament championship prizes. For e.g, Ruler will be given 25% of the revenue from selling SSG Xayah, while SKT T1 Zed, SKT T1 Ryze and SKT T1 Syndra will each give Faker 1/4 of their total revenues.

CuVee said that while players who have gone to other countries, namely mid-laner Lee “Crown” Min-ho and the former supporter Jo “CoreJJ” Yong-in, got their share without any difficulties. However, to this day the Korean players have not received anything from the skin revenues.

According to CuVee, after their World Championship win in 2017, Hanwha Lifestyle Esports’ CuVee, Gen.G’s Ruler and retired player Ambition still have yet to earn their share in Samsung Skin revenues.

One probable explanation is because Samsung Galaxy had already dissolved in 2017, shortly after they won a second World championship for the organization. Their slot was soon taken by a Chinese organization, KSV eSports, who after a split, renamed Gen.G shortly after that. Their disband might have caused some troubles which relate to contracts and documents which result in the unwanting delay, one possible explanation is that it was Riot Games Korea fault to be unclear about the mentioned shares.

Later today, Riot has made an official announcement about CuVee’s situation:

“We are investigating why the championship returns are delayed to the players and are working to ensure that the profits will be delivered to CuVee as soon as possible.”

According to Riot Games, there are many documents that need to be prepared such as contracts, tax-related documents and there may be a difference in the timing of receipt and handling of the case. Usually, the profits will reach the players after 2 years since the debut of the championship skins.