Dade Award – Reward for the worst player in League of Legends? 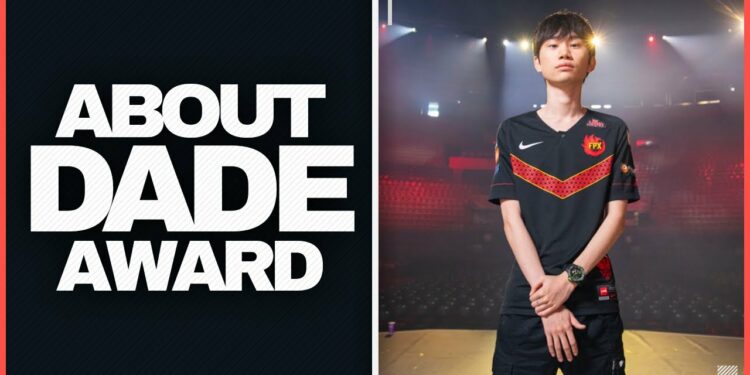 The “Dade Award,” which is granted to the League of Legends player that performs the least well in comparison to their pre-tournament expectations, is arguably the most terrible prize a player can win.

A player must have enormous expectations going into Worlds in order to be the recipient of the Dade Award and then completely underperform at the competition. Additionally, their team must be put into an “easier” group, yet they must ultimately lose or struggle to go to the quarterfinals.

After Samsung Ozone mid-laner Dade, a Korean mid-laner who had won the MVP award for the Spring Split that year, struggled at Worlds and failed to advance his team past the group stage despite being the favorite to advance far in the competition, the award was created around these criteria. League actors Christopher “MonteCristo” Mykles and Duncan “Thorin” Shields first proposed the Dade Award on their podcast Summoning Insight in 2013.

One of the best players in the world … and his team, on paper, should have been a semifinalist, maybe even had a chance to win the tournament, and they didn’t even get out of groups, and he absolutely shit the bed, and he completely fell apart in every possible context,

Thorin talking about who get the Dade Award

In 2017, Summoning Insight officially stopped presenting the Dade Award. Unofficially, the League community continues to honor the accolade. On the League of Legends subreddit and among the League player base on social media, a consensus is typically developed. Even though the award’s original creators have partially shelved it, it still attracts attention.

The Dade Award received criticism in 2019 as the public gave it to Nuguri of DAMWON Gaming. Nuguri was a rookie that year, therefore there weren’t a lot of high hopes for him in the competition. He did perform below expectations at Worlds 2019, but not significantly so. Due to this discrepancy, there were calls made on the scene to revoke the award in its entirety.

The Dade Award wasn’t required to be presented annually, as MonteCristo stated in 2019, and it was momentarily disbanded in 2020. There wasn’t enough support from League supporters to bestow the “greatest underachiever” award to Knight of Top Esports in 2020 despite the fact that some of them wanted to. The award was only not presented in an official or unofficial form during the 2020 season.

Given to FunPlus Phoenix mid laner Doinb in 2021 after he was hailed as one of the top mid laners in the globe before the tournament but failed to lead his team out of a reasonably advantageous Group A, MonteCristo and Thorin revived the Dade Award.