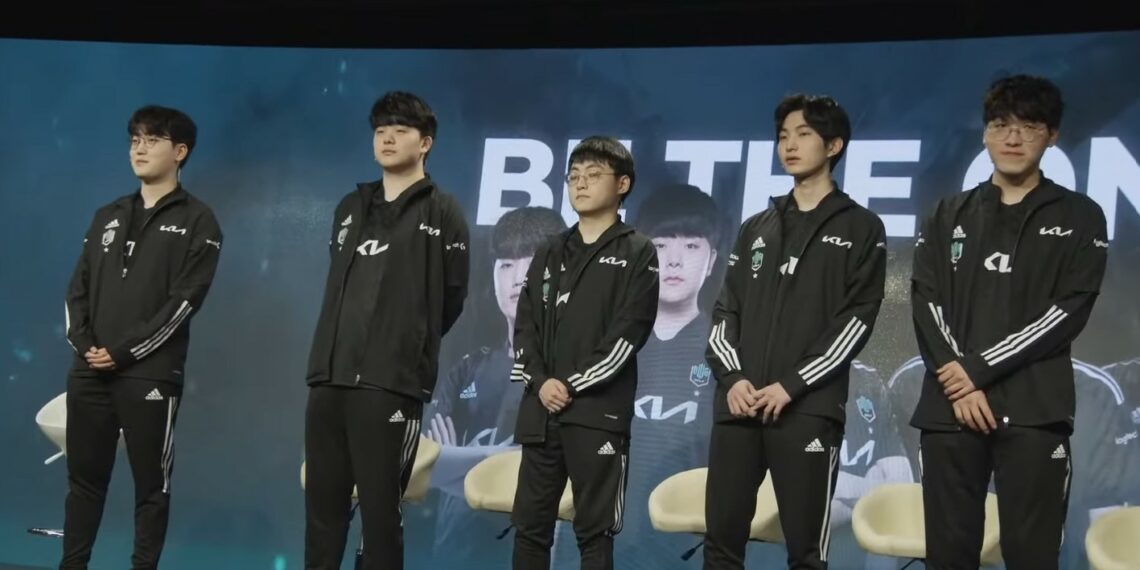 Recently on December 1st, Damwon Kia conducted an online news conference to reveal its debut team for the next season. As a result, following the close of the transfer, DK roster for season 12 will consist of:

Damwon Kia has had a very spectacular trip at Worlds 2021 season with dominance throughout the tournament. Canyon and ShowMaker are the team’s most consistent players. Having so, the team undoubtedly does not “drop” the combo.

Meanwhile, DK former top lane Khan has officially taken a break from professional competition to join the military. There had previously been various speculations that DK had successfully bargained with Nuguri. However, after a year of minimal success in the LPL, Nuguri chose to take a temporary vacation from professional play.

Recently, GEN has announced the departure of Burdol, DK immediately publicly acquired this player. It is known that Burdol comes from T1 youth academy and plays for GEN in the 2021 season.

In the bot lane, the duo ghost – beryl also left and the team replace with Deokdam – Kellin. Previously, there was a lot of buzz on social media about Deokdam – Kellin joining DK. Last season, the duo was regarded as one of the strongest bot lane in the LCK. They have a lot of promise and have received a lot of appreciation from the community as well as the professional board.

With that being said, Canyon and ShowMaker are the only two players left from the 2020 World Championship team. The duo is also regarded as the strongest currently.