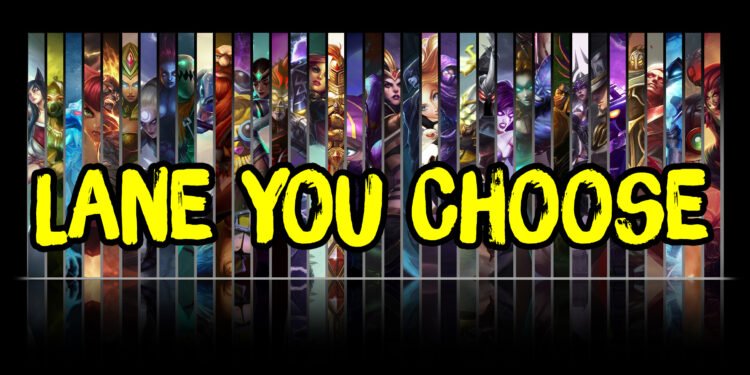 The position you choose will reveal a part of yourself. Remember that this article is just objective and not 100% accurate…Lane You Choose

If you like Top Lane, you are a person who enjoys a battle of solo on the battlefield and is less dependent on teammates. Also you are a strong person with assertive determination and confidence in your choices. Would love to demonstrate the possibility of solo kill and Outplay. This is a position that needs a cold head in every situation.

That’s why Top Lane has to do everything on their own. It’s not by accidental that gamers are called Solo top. In addition, the top is extremely difficult to have assertive when tele helps teammates, when solo alone.

Therefore, gamers who like to go to the top often prefer to show themselves and always own a “cold” head.

If you are a player who likes Jungle, you will surely be in the interest of helping others and controlling your strengths.

Because Jungle has 2 important things to do is to control the target and Gank. This will be divided into two individual Jungle personality.

Some people go jungle in the direction of “tanker” like to play control champions, at least to fight with the enemy, most of them are gentle, deep, not like the aggressive brute, colliding with opponents. These are the group of players who live in the interior, or cry quietly, love the purple, hate war.

Some of the Jungle in the direction of the assassin will love to play high-impact champions, always interested in opening up private gank directions. This can show you as someone with personality, like showing yourself, like carrying and supporting teammates. It’s up to you to always take control of your goals, and you always want to win everything you want.

Jungle is a group of people with harmony, enthusiasm, love to help others and want to control themselves for all things.

Mid Lane is the position that a lot of player like, not by chance “The Unkillable Demon King” Faker started from Mid Lane. When playing in this position, you are an active person who likes to perform personal skills with the enemy and support those around him.

In addition, Mid Lane is a place where many generals are extremely difficult to play, so to go to this Lane you must also be a person who owns extremely high skill.

There are two types of Mid, one is like Mage. Another likes playing Assassin, Juggernaut or ADC. The Mage players often tend to be classical, not like innovation but still retain the value of themselves. Aside from that they are people who like to destroy enemy in their abilities.

If you are a player in the direction of Assassin, you are a person who tends to rebel, loves freshness and originality, you do not like being sealed by a thing at all.

Always want to overwhelme the enemy player in an absolute way in order not to give them any resistance. Assassin players also have a hobby of doing things quickly, like the definitive.

But overall, those who take the Mid Lane are often gamers with creativity, who always want to practice their skills in order to be able to destroy the enemy like the way Faker once did.

Above are individual-oriented reviews and people will not be the same.