DRX Beryl’s interview after winning 2 – 1 against Nongshim RedForce: “Deft is good at every champion he plays. No matter what he picks, I have complete trust in him” 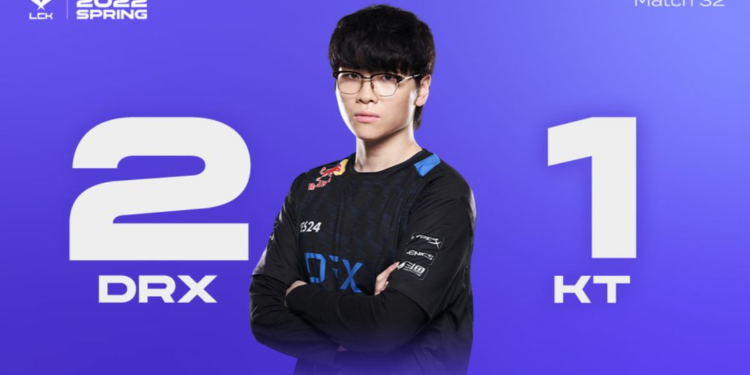 DRX defeated Nongshim RedForce 2-1 in the first match of day 38 of the 2022 LCK summer. It was a match between a team that almost secured their spot in the upcoming playoffs versus a team that struggled to find their footing this split; despite this, the series was very neck to neck.

Thoughts on the victory tonight?

We were on a losing streak; we really hoped to beat Liiv SANDBOX but were disappointed that we couldn’t beat them. I’m glad that we were able to break that losing streak with tonight’s victory.

DRX went to three games against Nongshim tonight, a team that not only was eliminated from playoffs contention, but they’re also a team that struggled to find their footing throughout the season. What are some of the things that were disappointing in DRX’s gameplay?

Overall, our teamfight setup was very lacking. I believe that the reason why we lost in game 2 is that we got really greedy. We just had to give them the Rift Herald, but we tried to force ourselves to contest too hard.

Deft is good at every champion he plays. No matter what he picks, I have complete trust in him.

Compared to the other teams that have qualified for the playoffs, the consensus is that DRX will be weaker. What does the team need to work on?

We have to reduce the number of individual mistakes that we make. As a team, we need to communicate a lot, as I feel that the team that can communicate the best is the strongest in the current meta.

The next match is against Kwangdong Freecs, direct competitors for a playoff spot. How do you foresee the match?

It’s an incredibly important match. We need to beat them to lock in our spot in the playoffs, so I’ll make sure we win.

Our recent performance has been much poorer than we expected. There were a lot of matches we should’ve won, but ended up losing. We’ll all make sure to win our upcoming matches.