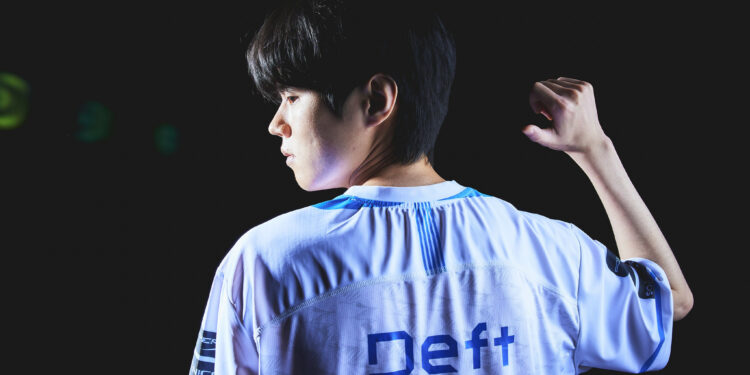 Deft moving on after ending his contract.

We won’t ever again see the Worlds 2022 DRX team together, that much is certain.

Seo “deokdam” Dae-gil will be replaced in the bot lane by former DRX player Kim “Deft” Hyuk-kyu when the LCK 2023 season begins, according to a recent announcement by DWG KIA.

Jungler Kim “Canyon” Geon-bu, mid laner Heo “ShowMaker” Su, and support Kim “Kellin” Hyeong-gyu are the DWG KIA players that are still on the roster; their contracts expire in 2023.

The 26-year-old was questioned on his future plans during the post-game press conference for the Worlds 2022 finals. After 10 years, he had finally realized his dream of winning the League of Legends World Championship, and many fans considered it to be his “last dance.”

He responded, “My current thought process is that if I can play next year, I’ll play.”

Today, it was established that the veteran, like his old classmate Lee “Faker” Sang-hyeok, is not yet ready to hang up his mouse.

On November 22, DRX stated that all of its players’ contracts had expired, rendering them all free agents. They created history by being the first Play-Ins team to compete in a Worlds final during their illustrious Worlds 2022 journey. They narrowly made it through the regional finals as the fourth seed in the LCK to qualify for the international competition.

DRX shocked tournament favorites Gen.G 3-1 in the semifinals of the playoffs after nearly defeating Worlds 2021 champions Edward Gaming 3-2 in the first round. They defeated T1 3-2 in the championship match to win their first-ever world title in one of the best Worlds finals ever played.

Deft will now work with Worlds 2020 champions Canyon and ShowMaker on his new team. Kim “Canna” Chang-dong, a former player for T1 and NS RedForce, has also joined DK.

With DK, they agreed to a one-year contract. The last day of all player contracts is November 20, 2023.