Which Causes The Failure of Attempting To Extend The Champions Pool for Jungle’s role? 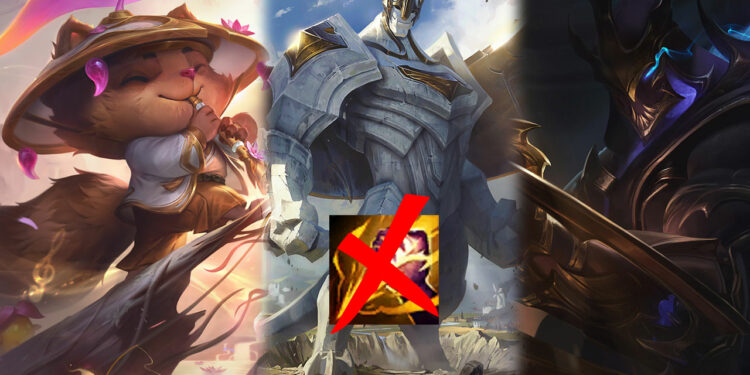 Which causes the failure of attempting to extend the Champions pool for Jungle’s role?

Before the release of Lillia, Riot Games was criticized by the community due to a lack of diversity in the Jungle champions pool. However, Riot responded by buffing some new stats for particular Champions, so that they can be used in Jungle. This seems interesting at first, but, in fact, this project failed. Which causes this failure?

Now, let take a look in the last patches:

There were two big changes in patch 10.4 and 10.6, Champions which were buffed are varied, from Sorcerer to Warrior. However, these Champs were all failed in Jungle. There are some Champs that were not made to be in Jungle and not have stats for Jungle role, but they seem more efficient than those which buffed. For example Sett, Qiyana and Sylas.

This is mostly because of the fact that they are Champions which are ‘overload kit’ (they can be used in many roles). It is true, because both on Lane or Jungle, Sett, Qiyana, and Sylas are very effective.

However, Jungle is not just about farming and ganking, it also has a great impact on the match. Meanwhile, Champions who was buffed recently do not have that ability. They depend on their skills (some mostly on the ultimate) like Zed, Talon, Brand, or lack of effective Crowd Control like Teemo. All of these made it very hard for them to have an impact on small combat or team fight. Moreover, Champions like Yorick and Shen, which were born to split push and create space but forcing them to Jungle is like giving up their strongest point.

In order to extend the Champions pool for Jungle role, buffing Champions is not all, we need some better idea, a new idea, not only add more salt to a lame soup. All the efforts of Riot from the beginning of Season 10 are all failures. Even many players do not remember or mind about that. But with the release of Lillia and her powerful Passive, Riot brought a new, fresh wind to League of Legend, particularly to Jungle’s role.