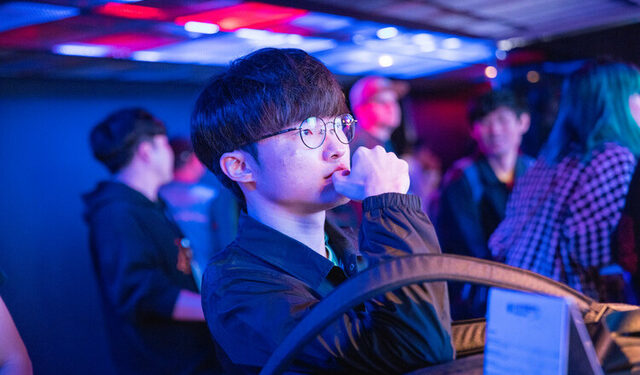 T1 finally broke its losing streak with a 2-0 victory against DragonX. This victory, however, opens up to many more hidden aspects inside Team T1.

During a post-match interview, Faker implied that he quite disagreed with Coach Daeny’s gaming orientation. Even if there is a win against DRX, it appears that the Demon King can not be satisfied, according to his share.

Faker stated that the major reason for the two losses against Liiv SANDBOX and Nongshim RedForce was that the entire team was underperformed and that it was difficult to adapt to the new tactics in the match against Team NS. He also received personal feedback that he didn’t match his teammates well, so he explains that he is only trying to engage in good turns.

Furthermore, Faker shared that if the team had been a bit more proactive and aggressive during the 70-minute game against NS, the result would have been much better. However, the Coach thought that is good enough. Faker again expresses that the differences in the way he sees the game from how Daeny, and now his teammates, see the game. Despite the differences, he is trying his best to match the team’s vision of the game.

Faker’s interview was immediately dissected to show that numerous aspects revealed a schism between Faker’s perspective and those of the rest of T1, even Coach Daeny. T1’s Coach appears to prefer to extend the games into the 30th minute, taking advantage of the moment when the main carries are fully equipped to engage in team fights, whilst Faker wants his team to be more proactive in the gameplay.

The fact that Daeny praised the players after a “sleepless” 70-minute struggle with NS is one example; although Faker constantly called for a fight, the other members of T1 defended the turrets.

A difficult challenge for Team T1 is implementing any vision stated. T1’s lineup in that game was practically impossible to hit late-game, when the effects of Lucian and Sett would gradually reduce, whereas the NS side had a better fighting line-up than that with Nocturne, good anti-combat and strong protecting with Tahm Kench, and two wide-range damage champions in Rumble and Varus. T1’s decision to engage in the late-game was a mistake, but with the team suffering in an increasingly dismal scenario, it is apparent that this team is playing too passively.

In short, Faker does not want T1 to become another JinAir Green Wings, since this team’s passive late gameplay is fundamentally ineffective, and the quality of T1’s lineup does not allow it. It makes no sense to win against DragonX since this team is already too weak, and all T1’s flaws were exposed by the previous 2 losses. After losing the laning phase and having weak objective control, deciding on a late-game strategy is akin to back-fired.

Faker may not be in the same peak form he once was, and he makes mistakes more frequently, but his experience and commitment to the team are undeniable. He said that if his teammates believed it was a good idea, he would not hesitate to follow it. However, after a Spring split of forming the team and testing dozens of possibilities, the Coach and T1 players’ late-game approach has not had the desired effect, unless their goal is not the title or a Worlds spot.