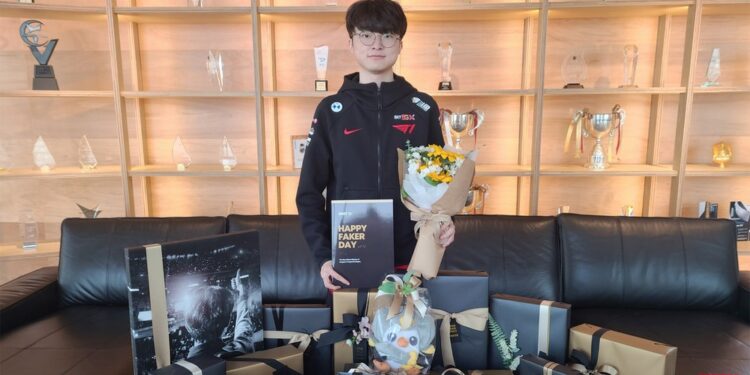 On May 7th just now is also the 25th birthday of Faker – the greatest player in the world of League of Legends. Although Faker is no longer in top form in recent years, but nothing can stop his influence in the international LoL community.

On this year’s birthday, besides welcoming a new age and agreeing and rewarding yourself with relaxing outings, Faker also received a special gift from T1’s companion, sponsor and partnership BMW of Germany. A special gift from the German automotive industry’s “giant.” On his birthday, BMW sent him the latest supercar M550i xDrive Sedan. T1 CEO Joe Marsh directly sent the gift to Faker. This BMW M550i xDrive is known to be worth $76,800.

The gaming world was also given the opportunity to discuss this “huge” birthday gift on social media platforms. Many people have commented that BMW has proven to be very careful and compassionate, and that when they heard that their partner had recently acquired a driver’s license, they promptly sent a “one of a kind” car.

Currently, T1 and BMW are partnership, so T1 players have received a lot of privileges from this famous car company, of course the most prominent of all is still the monster himself.