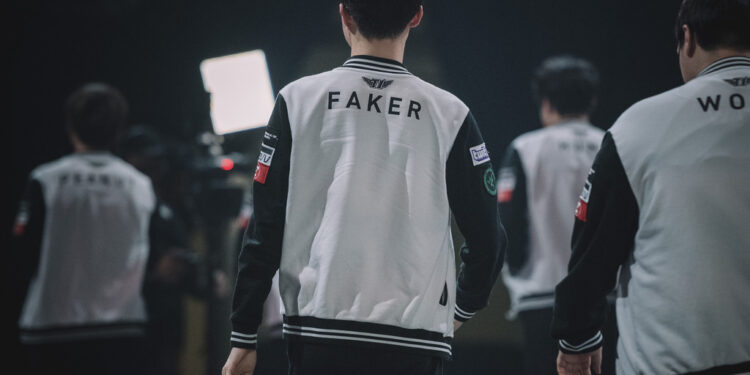 There is still a decent chance that Faker will remain in Korea, but a few prestigious LCS teams are reportedly interested in signing the League of Legends GOAT.

Lee “Faker” Sang-hyeok is at the top of the list when it comes to names that are good to have connected with both your team and your brand. in relation to League of Legends and esports in general, in particular.

He not only has a history of performing at a high level throughout a career that has spanned the majority of League of Legends’ history, but he also has followers all around the world. He came the closest to hoisting the trophy with T1, even if he didn’t win Worlds 2022.

While it’s still conceivable that Faker will continue with his squad and aim to win the world championship in 2023, a number of prestigious teams in the LCS have made offers on the successful competitor.

According to reporting on roster swaps, there were some suspicions that the LCS would be reducing in size in 2023. These allegations have been proven false in a number of ways.

There have been a lot of surprises for LCS fans, from MaRin stepping out of retirement to coach a Team Liquid team that appears to be entirely composed of Korean speakers to 100 Thieves supposedly signing Bjergsen and Doublelift.

Faker was allegedly considering offers from both Team Liquid and FlyQuest. Team Liquid reportedly went so far as to make Faker an offer that would bring him to North America, according to a report from Blix.gg’s Alejandro Gomis.

This would fit with their decision to recruit MaRin and the idea that they wanted a lineup that could all speak Korean with ease.

Faker hasn’t yet mastered speaking English, despite having excellent understanding during his most recent interview with Dexerto. Speaking a language is entirely different from simply knowing it. While a player like Berserker from Cloud9 was able to learn English in a lightning-fast manner, this isn’t the case for all players who are learning English as a second language.

The smoothest transfer for him would undoubtedly be to Team Liquid, but due to import regulations, they would need to locate a domestic top laner or jungler that speaks Korean to round out their predicted roster.

Whether Team Liquid would be able to sign Faker and fully realize their goal for a 2023 roster that can dominate the competition is difficult to predict, but the offer would appear to be there if he chooses to accept it.