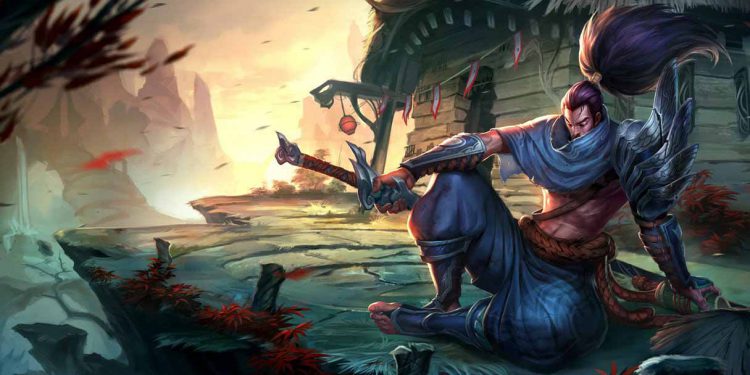 The champions have the ability to haunt all members from your team to his team, causing panic with the remaining 9 people on the map. Nobody else is Yasuo -Fear Yasuo

Yasuo’s ability is not only the storms that knock away enemies, but also can rain the wind on the map. It is one of the rare champions that both the enemy and the team are in awe of.

Fear Yasuo more than anything else in the world

A champion that right from birth has created a lot of controversy. Yasuo, many people like it, many enthusiasts but also many gamers hate it to the point of allergies. Good players will create fear for the opponent, while the “cancer” will create fear for your team. Therefore, Yasuo is also the champion who is suffering a lot of gamers.

There are allergic players Yasuo to the point where seeing his teammate pick this champion immediately “goosebumps”. Why are so many players so scared and obsessed with Yasuo? Recently, in China, which is also a market with a large number of League of Legends players, has published an article about the Yasuo problem in League of Legends matches in this country.

For example, gamers have discovered a case where the player used Yasuo with a total of 865 matches but failed to win any. From this player’s profile, it can be seen that this character does not have any shady signs of using dirty games. As a result of considering the win rate of one of the champions appearing in this image, Amumu, it is close to the level of normal players. Other champions also have relatively high win rates. Only Yasuo is an exception.

Out of nearly 1,000 matches, this player failed to win a match using Yasuo. Looking at the leaderboard when selecting this champion, you can see that Yasuo’s level of player is relatively useless. Perhaps because he was so passionate about Yasuo, the gamer ignored all the benefits of his teammates, as long as he satisfied his hobby. I just feel bad for this guy’s teammate.

Top the most successful and failed rework in League of Legends

You will never know your teammates when picking Yasuo will become a swordsman with superior skills or just “a child holding a plastic sword”. Due to the nature of Yasuo being a champion that is not easy to play and the current version in China is not a strong champion, even Yasuo’s gamers are a bit difficult, not to mention stupid people.