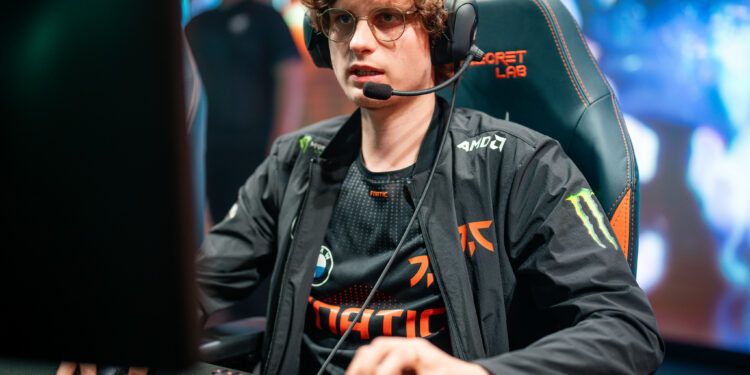 We have some terrible news for LEC fans who are hoping for the region’s four representatives at the 2022 World Championship. Fnatic has revealed that two of their players have tested positive for COVID-19.

Fnatic’s journey to Worlds 2022 has not been simple. They secured a Worlds place after nearly being knocked out of Playoffs contention during the regular season and had to battle their way to the top through the lower bracket.

Their troubles have worsened, and Elias ‘Upset’ Lipp and Zdravets ‘Hylissang’ Galabov may no longer be able to compete. Furthermore, because the team is in the Play-Ins stage, they must play through Worlds from the start.

According to the company announcement tweet, they are “working closely with Riot” and going all in their ability to guarantee the squad arrives safely.

Upset and Hylissang are “fine,” but they will need time to recover from the disease’s consequences. In the meantime, this implies that Fnatic will not have their entire starting lineup available before the play-in stage begins.

If Fnatic scheduled any tryouts for when they arrive in North America, they won’t even have their whole lineup to train with. The team is scheduled to depart for Mexico City on Saturday, September 24, although the whole roster is unlikely to receive much practice together before the year’s biggest tournament.

While it hasn’t been announced, the team might make an agreement with another company to lease out their bot lane. Caedrel’s claim has yet to be proven, but it would broaden the team options.

On Thursday, September 29, Fnatic will face off against North America’s Evil Geniuses to begin their trip toward the World Championship title.