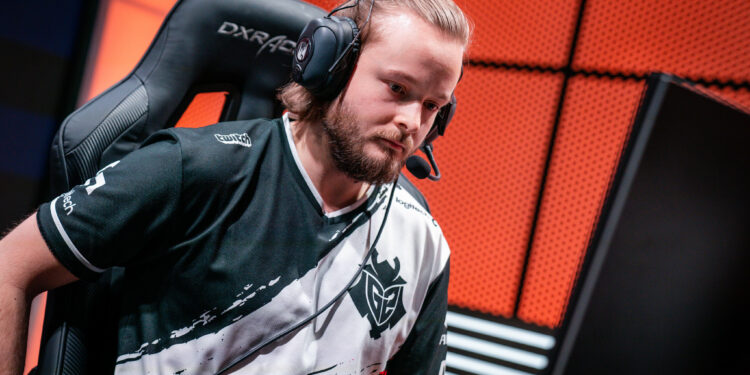 PromisQ is getting too toxic…

The Astralis team has just announced the penalty for their Support player, who was known as the “guardian angle” of his former team G2 for his inappropriate behavior and toxic words while playing a rank game in League.

PromisQ getting banned by Astralis

Specifically, this 27 years old player has threaten another player to pick Renekton or else he would Feed. Not only that but he continued to have a very “toxic” behavior when he added friend that “Renekton” player after the game and hoped he would get “cancer”.

It is worth noticing that this is not the first time PromisQ has acted like this. There have been a lot of people coming in to talk about how insulting and toxic the former G2 player was when they met him in Rank.

Toxic has always been a problem for the League community, it greatly affects the core values and joy that this game brings to the audience. Many players in the past were unable to manage their anger and eventually resulted in penalties.

The case of GAM’s ADC Style making inappropriate statements while climbing Rank Korea and featuring Faker in the same team has sparked a huge wave of criticism from fans all around.

There is even the case of Cloud9’s tactical coach, Veigar2. The Danish international player asked Veigar2 when the two met at a match: “how hard he got dropped as a child”.

As for PromisQ, the player has just spent a rather poor season with his new team Astralis, who finished only 9th overall and has a KDA score that comes with the second most deaths in the league. There is still no precise details about this team’s discipline for their Support players, but his career will undoubtedly be harmed as a result of the behavior, given that he is 27 years old, an age that is not suitable for the professional environment.